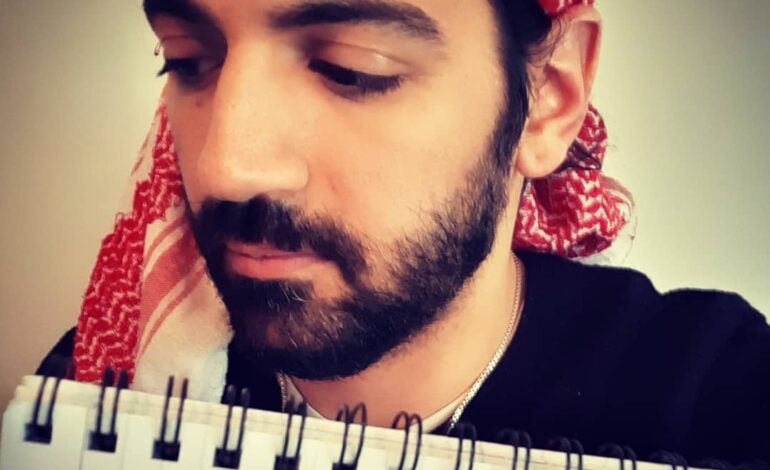 WASHINGTON, D.C. — Metro Detroit Yemeni and other activists have been leading a hunger strike for 11 days in front of the White House, protesting the U.S.-backed Saudi blockade during an ongoing six year war in Yemen. The Yemeni Liberation Movement (YLM) is calling for the Biden-Harris administration to withdraw all material and intelligence support from the Saudi air and sea fuel blockade that is devastating Yemen.

On Tuesday, the Arab American News published an article about the impact of the fuel blockade on Yemen that has severely exacerbated what officials currently call the world’s worst humanitarian crisis.

“I’m exhausted,” said Monica Isaac, Detroit resident and Yemeni Liberation Movement organizer. She recently returned home from Washington D.C. after fasting for the first seven days of the hunger strike with six other activists, but had to stop due to medical issues.

“We’re understanding the very intimate and violent effects of imperialism,” Issac said. “And we’re realizing this (hunger strike) is just a fraction of what the people in Yemen are experiencing right now, because this is temporary for us. We are not also dealing with air raids, drone strikes and all other facets of war.”

No matter what the Saudi-led coalition’s political agenda is in this war, Alasri said, “thousands of Yemenis are getting killed left and right and are paying the heaviest price.”

Thousands of Yemenis are getting killed left and right and are paying the heaviest price — Sam Alasri, Yemeni American Political Action Committee

Since March 7, the airport in Sana’a has been shut down due to Saudi-led coalition air raids. Local Yemeni American citizens and their families in the country have faced difficulties in traveling outside Yemen in attempts to flee the war, Alasri said.

“They have to go through many checkpoints once they arrive in Aden’s airport,” he said. “Then, if they survive the journey, they need to go to Djibouti and have more checkpoints and spend more money to live and be safe. The U.S. also has a responsibility to protect its citizens in Yemen.”

In addition, several grassroots activist groups have reached out to provide material support and help spread awareness of the cause within their own organizations and on social media.

“It’s interesting because the folks that are in the (YLM) liberation movement are not all Yemeni,” said Issac, an Egyptian American. “Some folks are Latino, Black and some Lebanese. This has actually helped us understand how our struggles are all connected.

“We started to notice how, for example, the water shut-offs in Detroit are directly linked to Palestinians not having access to clean water or land. This is connected to source extraction in Yemen and what is going on in Haiti and the Philippines. Our common enemy is U.S. imperialism.”

Rasha Anayah, a Palestinian organizer with the Palestinian Youth Movement (PYM) D.C.-Maryland-Virginia chapter, said when PYM national heard about the hunger strike, it immediately mobilized to help in D.C.

“We feel as Arabs, we are all part of an extended community,” Anayah said. “Cross movement building is really important. We need to stand together and uplift each other, especially with an action as serious as a hunger strike and a situation in Yemen where millions of people’s lives are at stake.”

We have about 50 organizations endorsing this work with us and YLM. We are up against really powerful forces, but that does not undermine our grassroots power — Rasha Anayah, Palestinian Youth Movement

PYM is helping the YLM with physical support, organizing the rallies on the ground, spreading the word on social media within their networks and coordinating logistics.

“We have about 50 organizations endorsing this work with us and YLM,” Anayah said. “We are up against really powerful forces, but that does not undermine our grassroots power. When we come together from all different organizations, communities and movements we really do have strength and power to affect change, and that is what we are seeing.”

Supporting a counter narrative toward change

The Yemeni Liberation Movement called for a National Day of Fasting on Thursday, supporters from Metro Detroit and across the U.S. held a fast for the day in solidarity with the hunger strikers. Many have shared pictures on social media of themselves with the hashtag #fasting4Yemen.

The YLM has launched several initiatives for people to help it sustain its efforts in raising awareness, including a GoFundMe page for donations, sending a letter to Congress, signing a petition and joining the strike.

“People need to get more educated on the issue and get energized,” Issac said. “We as Americans are psychologically used to seeing Black and Brown people as expendable. We need to educate ourselves and build a counter narrative to what’s being put out there, together.”