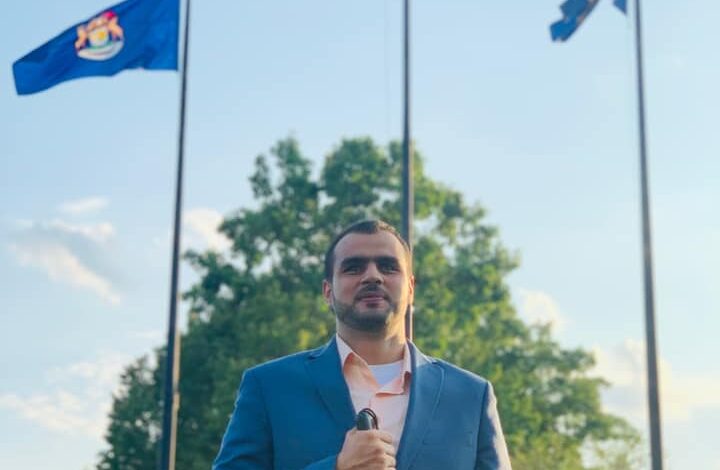 DEARBORN — Longtime resident and activist Khodr Farhat has announced that he is running for one of seven City Council seats up for grabs in the upcoming election.

“After many long conversations with community members, family and friends, I’m excited to announce that I will be running for Dearborn City Council,” his post said. “As you all know, I’ve never backed away from a challenge.”

He added that it’s no secret he’s visually impaired, but it’s never held him back from fighting on behalf of the community.

“Whether it’s fighting to re-establish a commission to represent those with disabilities in our city, protesting corporate polluters in the Southend or advocating for lower property taxes, my goal is to bring the community together and be a voice of reason.”

Farhat had run for the Dearborn School Board in the 2020 election and had lost by a narrow margin.

“For me, it’s always about serving others,” he said in his post. “Losing my last race by 13 votes and earning 12,200+ votes has shown the amount of support the community has for forward thinking solutions to challenges our community faces. After all, it does not take sight to have vision. I’m here to serve you.”

Farhat told The Arab American News that his campaign will be very inclusive and he will consider all matters and concerns that residents are worried about.

“I am running to represent everybody in the city regardless of any circumstance,” he said. “I am so proud to call Dearborn my home and I am looking forward to giving back through my candidacy and, hopefully, when becoming a councilman.”

Having been inspired to run by his involvement in the community over the last eight years, Farhat said his heart is in the right place.

“I firmly believe that I will bring a great deal of experience and diversity to the table,” he said. “But most importantly, I am running to serve and make a difference. If elected, I will serve all residents with the highest level of integrity, honesty and sincerity.”

Farhat also said he’s already developed some goals if he were to be elected.

“I have many goals in mind such as (the) fight for environmental justice, fight to lower property taxes, reestablish the commission on disability concerns to better serve our disabled residents in the city, fight for complete transparency, bridge the gap with the public, ensure that our residents are being taken care of, especially in the midst of the COVID-19 pandemic, etc.,” he said. “I am an advocate, public speaker and activist in Dearborn and Southeast Michigan. I thrive day in and day out to fight for equity, equality and accessibility.”

Farhat graduated from Henry Ford College with an associate degree in special education before going on to graduate from the University of Michigan-Dearborn with a bachelor’s degree in political science.

He said he wants the residents to know that he is fighting for them.

“I will be honored to earn your vote and support to become your next councilman,” he said. “I promise to fight for you and your kids. I promise to fight for a better environment, lower property taxes and to tackle all other challenges that our city faces. We have so many things to be proud of, but certainly we can even make Dearborn a better place to live and start a family as well as to work and secure a great future.”