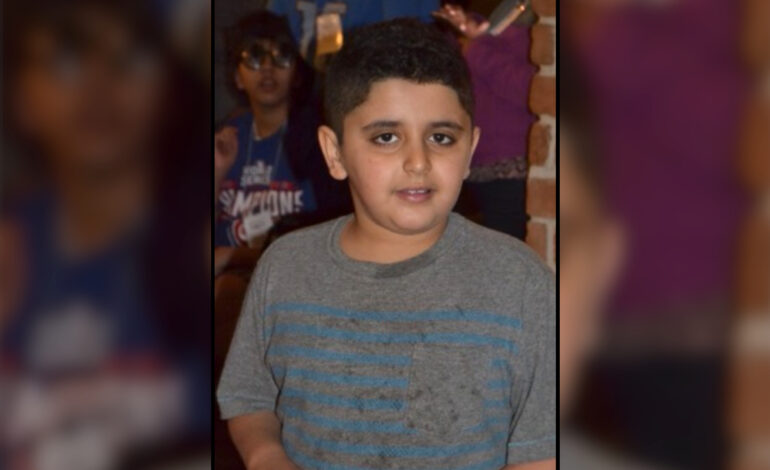 “Gehad was a normal kid, just like his brother (Haitham),” Kasham said. “One day he just fell on the floor and had a seizure. Doctors then told me the disease is genetic.” (The disease) is neurodegeneration, so the kids will continue to have seizures and basically lose all their abilities until they are completely bedridden — Danielle Goldsmith, Hope Lafora Children’s Research Fund

Danielle Goldsmith is a board member of Chelsea’s Hope Lafora Children’s Research Fund, a non-profit founded in 2007 in Sacramento, CA. After her best friend, Chelsea, was diagnosed with the illness in high school, Goldsmith dedicated the next 15 years toward informing others. The organization’s mission is dedicated to connecting researchers all over the world and fundraising for better treatment options toward finding a cure.

“Lafora Body Disease is a neurodegenerative disorder that starts around age 15 or 16 in otherwise seemingly healthy patients,” Goldsmith said. “So all of a sudden, the kids will start with one seizure and it gets progressively worse over the next 10 years. It’s neurodegeneration, so the kids will continue to have seizures and basically lose all their abilities until they are completely bedridden. Most kids pass away around the age of 25 or so.”

Goldsmith said the organization has been partnering with pharmaceutical companies that are developing a cure. Clinical trials are expected to begin by the end of the year or early 2022. Kasham reached out to Chelsea’s Hope Lafora Children’s Research Fund for support when Haitham was diagnosed in 2017 and continues to rely on the organization for small donations and emotional support while now caring for Gehad.

Gehad Breadiy was 11-years-old when he was diagnosed, one of the youngest children to have both Lafora Body Disease and autism, according to Kasham. He is currently being cared for by the University of Michigan Hospital.

“It’s been an awful battle,” Kasham said. “This disease has caused a lot of oppression and I have very little support. I’ve called mosques, churches, asking for help, even for rent. Most of them think I’m either lying or exaggerating. I’ve done maybe 10 fundraisers and nobody has shown up to any of them.”

Ahmad Abed, 46, is a Palestinian American father of five living in Chicago. His oldest child, Laila, was diagnosed with Lafora Disease two years ago at the age of 14.

“She started cognitively struggling with math and science at the time, which was strange because she has always been exceptionally bright,” Abed said.

“She then started dropping the cup of water and other things she was holding,” he added. “My wife and I thought she was just clumsy for a time. Finally, she (Laila) turned to me with the most sincere expression on her face and said ‘Baba, I’m not doing it purposely.’ That’s when we knew we had to figure it out.”

It’s been an awful battle. This disease has caused a lot of oppression and I have very little support — Azeza Kasham

Abed and his wife took their daughter to a doctor to run an MRI and other medical tests. The first round of tests came back normal, ruling out the possibility of tumors and other issues. Then, they decided to run an electroencephalogram (EEG), an electrophysiological monitoring method to record electrical activity beneath the scalp’s surface into the brain. Results showed every 15 seconds Laila was having seizures that would last a few seconds.

“When the doctor told us, my wife broke down crying,” Abed said. “It didn’t hit me until I saw the paperwork that said, ‘Lafora Disease and imminent. Best outcome is 10 years, no cure.’

“The problem is education,” he added. “ We need to educate the world on this disease. This feels like a slow, painful punishment, slowly burying my child and losing who they are.”

Impacted families are striving to raise awareness about the devastating impact of Lafora Body Disease.

“I can’t tell you how much I suffer now after this disease in my family,” Kasham said. “I suffer from depression and PTSD. It’s unbelievably hard.”

On Thursday, The Arab American News spoke with Kasham on Facebook Live to shed light on her family’s story and raise awareness on Lafora Body Disease. She is calling for community support for donations through GoFundMe to help them raise enough money to move into a wheelchair-accessible home. Donations can be made at: https://gofund.me/043d9083