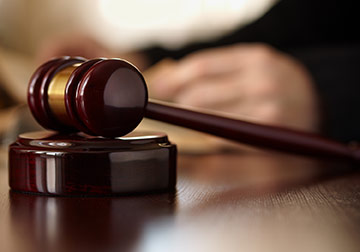 An arraignment was scheduled for Friday, April 16, in the 19th District Court

DEARBORN — Cheryl Salwa, a former employee of the city of Dearborn Engineering Division, is facing four felony charges stemming from accusations of embezzlement.

The division is part of the city’s Public Works Department. According to information available to The Arab American News, Salwa was accused of embezzlement approximately two years ago. Salwa was on leave pending an investigation, and was later fired, with the criminal charges approved and issued last week.

Salwa was expected be arraigned in front of Judge Gene Hunt on Friday, April 16, in the 19th District Court.

Court documents show Salwa faces four felony charges: A fraud or “false pretense” charge that carries up to five years and/or $10,000, or three times the amount of money or property; an identity theft charge, which could mean up to five years in prison and/or $25,000 and two counts of using a computer to commit a crime, with imprisonment of up to seven years and/or $5,000.

Details of the embezzlement accusations against Salwa, or the amount of money or value of property involved in the case, is not yet clear. Follow The Arab American News for more as this story develops.