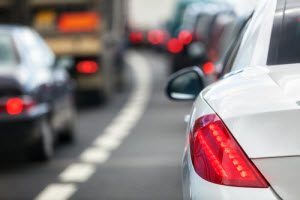 From 11 a.m. until 3 p.m. motorists can have their brake and headlights assessed and replaced at Accountability for Dearborn’s Free Brake Light Repair Clinic in the parking lot of the Dearborn Free Methodist Church.

The event is open to the public and the entrance to the lot is one block east of Telegraph Road on Westpoint Street.

The event is meant to demonstrate that community resources can address public safety concerns using a model of care, not punishment.

A4D has been calling for police reform in the city since last summer when George Floyd was killed by a Minneapolis police officer who knelt on his neck for almost nine minutes.

“This isn’t a pipe dream,” a press release from A4D read. “It is based on the very real violence many residents, especially Black residents, face daily.”

The group added that since 2016, multiple African Americans have been killed by police nationwide due to traffic violations, including broken brake or headlights.

“When drivers do not receive proactive help to ensure their vehicles are in tip top condition, they are directly at risk,” the release read. “The Dearborn Police citations data show that between 2010 and 2020, roughly 11 percent of all citations were due to equipment violations, such as a defective tail light, with roughly 48 percent of those citations being given to Black motorists. These citations come with a $120 fine. That is more than the cost to fix a brake light.”

The goal for the event is to remove a reason for police to justify pulling over Black motorists or running their plates.

The group also said their location was intentional as they will be hosting the event next to old Clara Snow Branch Library, where between 2007 and 2011, the library, the city’s health department and 35 percent of its non-emergency staff were all cut due to a budget deficit that the group said was caused by minimum staffing provisions for the police and fire departments in the city’s charter.

“We can see what investing in people, their safety and potential can mean for a healthier Dearborn,” the release read. “This year presents the once-a-decade opportunity for the city to amend its charter, eliminating the minimum staffing provision and changing the way we make major investments from the general fund. A4D hopes that vulnerable residents see that they are valued through the Brake Light Repair Clinic and hopes local government shows they care, too, with proactive, helpful investments in programs that keep us safe without punishment.”