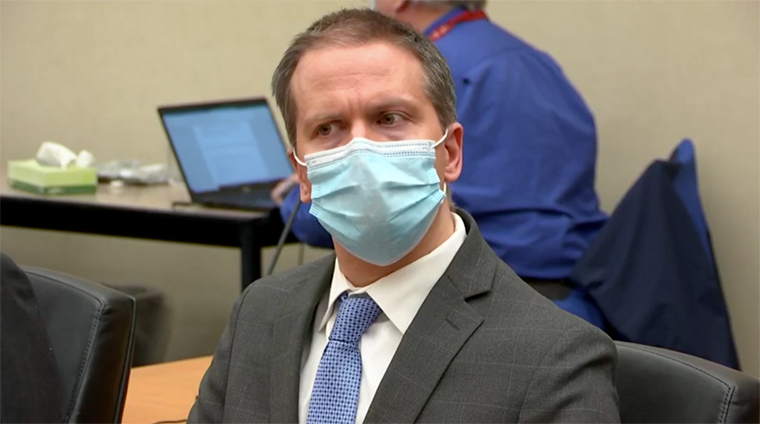 MINNEAPOLIS — Former police officer Derek Chauvin has been found guilty of all charges in the death of George Floyd last May.

The 12 jurors found Chauvin guilty of second-degree unintentional murder, third-degree murder and second-degree manslaughter in Floyd’s death on May 25. Floyd died after Chauvin had knelt on his neck for more than nine minutes while Floyd could be heard calling out for his mom and saying “I can’t breathe.”

The trial spanned the course of two weeks and the jury deliberated for only 10 and a half hours before reaching their verdict.

Judge Peter Cahill presided over the case and has been a Hennepin County judge since 2007.

“I have to thank you on behalf of the people of the state of Minnesota for not only jury service, but heavy duty jury service,” Cahill said.

“Painfully earned justice has arrived for George Floyd’s family and the community here in Minneapolis, but today’s verdict goes far beyond this city and has significant implications for the country and even the world,” the statement said. “Justice for Black America is justice for all of America. This case is a turning point in American history for accountability of law enforcement and sends a clear message we hope is heard clearly in every city and every state. We thank Minnesota Attorney General Keith Ellison and his team for their fierce dedication to justice for George, but it does not end here. We have not forgotten that the other three officers who played their own roles in the death of George Floyd must still be held accountable for their actions as well.”

After Chauvin was found guilty, Judge Cahill revoked his bail and said that sentencing will occur in eight weeks.