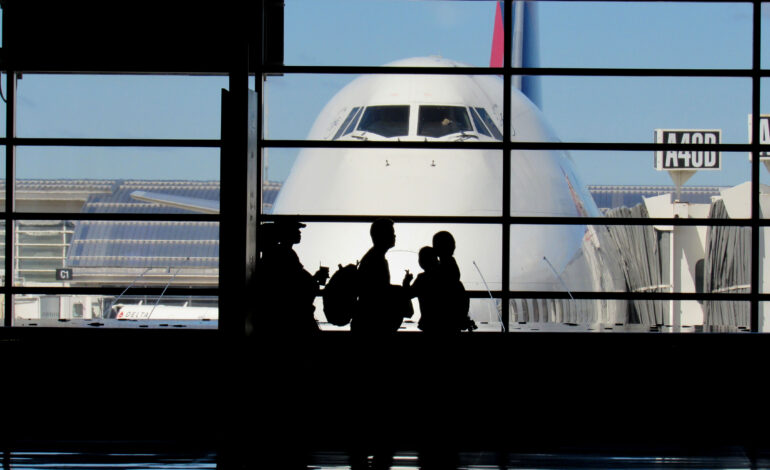 WASHINGTON, D.C. — On Wednesday, the U.S. House passed the NO BAN act, or H.R. 1333, which would limit presidents’ authority to suspend or restrict people from entering the country.

The act also prohibits religious discrimination in various immigration-related decisions, such as whether to issue an immigrant or nonimmigrant visa, unless there is a legal basis for such discrimination. The act says a president may temporarily restrict the entry of anyone after the State Department determines that the restriction would address specific and credible facts that threaten the country’s interests, such as security or public safety.

The act would direct the State Department and Department of Homeland Security (DHS) to consult with Congress before imposing a restriction; otherwise, the restriction would be immediately terminated.

Individuals or entities present in the country and unlawfully harmed by such a restriction would be able sue in federal court. The DHS may suspend the entry of aliens traveling to the U.S. on a commercial airline who failed to comply with regulations related to detecting fraudulent travel documents.

President Biden terminated that ban on his first day in office.

On Wednesday, the House also passed the Access to Counsel Act of 2021, which would ensure that individuals with valid travel documents have the opportunity to communicate with counsel, a family member or other interested party if they are subjected to a prolonged inspection process at ports of entry.

AXIOS reported on Wednesday that though members of the House are now urging the Senate to pass the NO BAN Act, the measure is not expected to succeed in the higher chamber, making it unlikely to reach Biden’s desk. The No Ban Act saw 159 cosponsors in the House and passed 218-208, with one Republican voting yes and three abstaining.

As a child of immigrants and a mother raising two Muslim boys in the United States, I was part of a historic moment that demonstrated loud and clear that WE BELONG – U.S. Rep. Rashida Tlaib (D-Detroit)

The Access to Council Act passed 217-207, with no Republican support.

U.S. Rep. Rashida Tlaib (D-Detroit) presided over House floor on Wednesday and said the passage of the acts touched her personally.

“As a child of immigrants and a mother raising two Muslim boys in the United States, I was part of a historic moment that demonstrated loud and clear that WE BELONG,” she said over Twitter.

Presiding over the House floor today was very personal for me.

As a child of immigrants and a mother raising two Muslim boys in the United States, I was part of a historic moment that demonstrated loud and clear that WE BELONG.

“Today, the House passed the NO BAN Act, providing our communities with the safety that similar bans would not be adopted in the future,” said Iman Awad, deputy director of Emgage Action. “Congress has signaled its commitment to ending these discriminatory policies, which unjustly single out Black and Brown communities.”

Arab Americans are an integral part of Michigan’s identity and have made enormous contributions to our society. My constituents have fled war and violence to seek a safer life – many of their families still experience this suffering every day – U.S. Rep. Debbie Dingell (D-Dearborn)

U.S. Rep. Debbie Dingell (D-Dearborn) presided over the House during debate on the act and gaveled down the bill for final passage.

“Arab Americans are an integral part of Michigan’s identity and have made enormous contributions to our society,” Dingell said. “My constituents have fled war and violence to seek a safer life – many of their families still experience this suffering every day.

“The former president’s Muslim Ban kept these families separated, inspired fear and perpetuated hate. We must work together to restore the faith and trust of the international communities targeted by the previous administration. This legislation is a significant step to uphold our American values, celebrate our diversity and not let fear divide us.”

“Now it’s time to eliminate the filibuster so we can get these bills to the president’s desk,” said U.S. Rep. Pramila Jayapal (D-WA).

“We urge the Senate to protect Black and Brown immigrants from discrimination by passing the NO BAN Act to ensure no president can ever enact such a sweeping, xenophobic ban ever again,” said Wade Henderson, CEO of The Leadership Conference on Civil and Human Rights.

“We are also calling on Congress to find alternative immigration pathways for those would-be immigrants – including Diversity Visa winners – who were prevented by the previous administration’s Muslim and African bans from traveling to the United States and denied their chance at the American dream,” said CAIR Director of Government Affairs Department Robert S. McCaw.