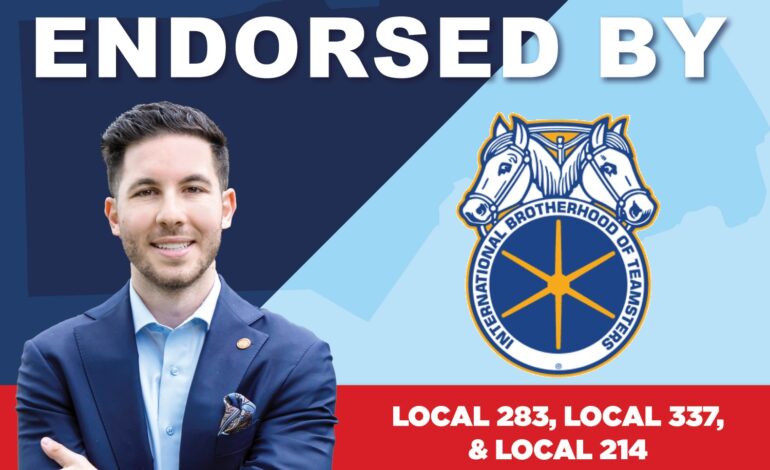 DEARBORN — State Rep. Abdullah Hammoud has earned another big endorsement in his run for Dearborn mayor in this upcoming election.

“We are excited to share that we have earned the endorsement of the Teamsters — Locals 283, 337 and 214,” the post said. “This is another testament to the strength of our campaign — building support among working families in Dearborn.”

The Teamsters join Abdul El-Sayed, the Michigan Regional Council of Carpenters and Millwrights and UAW Region 1A in endorsing Hammoud.

“The Teamsters are one of the largest unions in Michigan and include many city of Dearborn employees,” the post said. “For years, we have stood shoulder-to-shoulder in support of working people and we’re excited to keep doing so.”