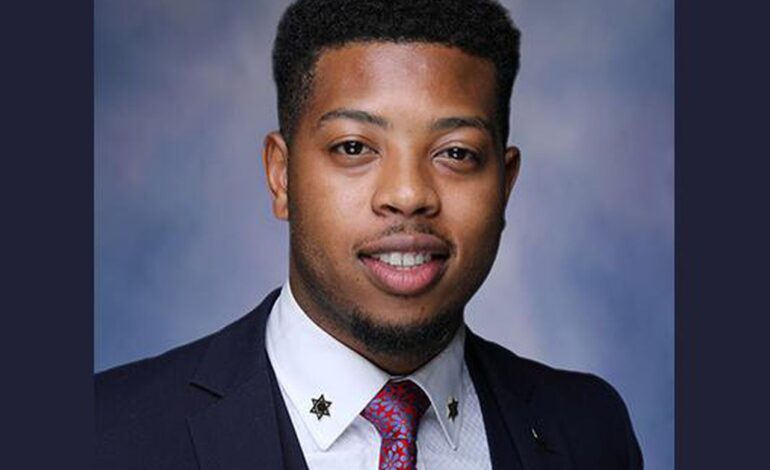 According to the police report, Jones was so confrontational after drunkenly driving his vehicle into a ditch on I-96, that state troopers had to use a taser and pepper spray on him.

Carolyn Henry, Livingston County’s chief assistant prosecutor, had said at the time that Jones was driving so erratically from Southfield to Fowlerville that numerous other motorists had called 911 to report his driving and that upon Jones driving his vehicle into a ditch, his’ unidentified passenger required medical attention and Jones became confrontational with first responders.

Recently released dashcam footage of the incident shows that Jones’ vehicle was on the shoulder, not in a ditch.

“Police say that Mr. Jones resisted and that they tased and maced him,” Hammoud said. “The reason for the confrontation was he wanted to go in the ambulance where the young lady was.”

Jones can be heard asking the trooper for his name and asking if he can go in the ambulance with the unidentified passenger, which Hammoud said is everyone’s right.

“He declined to give his registration,” Hammoud said. “Which he had a right to do.”

In the video, Jones is taken to the ground and officers can be heard yelling for him to give them his left arm while he is trying to talk to them. It wasn’t until Jones was wrestled to the ground that the police tased and maced him. Jewell Jones after his arrest on April 6.

“Police took him to the ground before he was maced or tased,” Hammoud said. “Clearly he wasn’t resisting or fighting anyone. He was trying to get the officers to stop using excessive force on him.”

According to reports, Jones was also cited in 2018 for driving with open intoxicants in his vehicle, although he was sober at the time of the incident.

Reports also said that Jones was found asleep at the wheel in 2019, blocking two lanes of traffic. When he was woken up by officers opening the car door, he was reportedly removed from the vehicle and was found with a gun that he was legally allowed to carry.

At the time of the 2019 incident, officers reported that Jones was uncooperative and was eventually handcuffed because of it, but because he passed several field sobriety tests, he was cited for impeding traffic and refusing to take a breathalyzer.

In the video of the April 6 event, Jones can be heard mentioning that it’s not the first time police have handcuffed him and that he is being harassed by police.

Hammoud said that regardless of what situation is occurring, no one deserves the treatment that Jones received by police.

“No one should be treated that way on the side of the road,” he said. “The officers actually assaulted him. I don’t know if the color of his skin had anything to do with it, but most people aren’t treated that way.”

While Jones has not spoken to the media regarding the incident, he has still been active within the community and on social media, including participating in a Community Clean Up at the Inkster Recreation Center on April 24. In a Facebook post to mark his birthday on April 11, Jones wrote that he is finding peace.

“This last week has literally been the craziest week I’ve ever had in my last as a civilian, but as a spiritual Israelite, I know that the great and mighty God of Israel can open doors that no man can close and can close doors that no man can open,” the post said. “I am fully aware that even when we must walk through the fire, we shall not be burned; and though we walk through the rivers, they shall not overflow us. So even now, in the midst of so much confusion, I find peace.”

Hammoud said that while Jones does not plan on giving up at any point, the community needs to know their rights.

“He’s not planning on resigning,” Hammoud said. “He plans on continuing to serve his constituents as he has been. Anytime you are faced with police, you have the right to ask questions and the police have to establish probable cause.”

Jones represents the 11th District, which includes Garden City, Inkster and portions of Dearborn Heights, Livonia and Westland and is an auxiliary police officer with the city of Inkster and a member of the National Guard.

Jones is due back in court on June 30 and it is not clear if he will face any disciple in the Legislature as the outcome of the case is still pending.