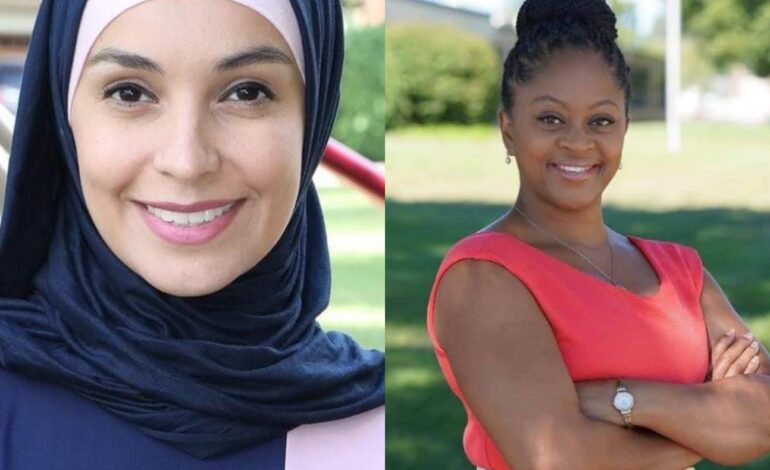 Maali Luqman and Latanya Gater have been appointed to the first-ever Women's Commission in Wayne County.

Commissioner Sam Baydoun appointed Maali Luqman to represent the 13th District that he represents, which includes Dearborn and Allen Park.

“I am honored to appoint Dearborn resident Maali Luqman to serve on this historic commission,” Baydoun said. “Maali is a community servant and her advocacy work over the years assures me that she will do an outstanding job on the Wayne County Women’s Commission.”

Luqman is a fellow with the W.K. Kellogg Foundation & Center for Creative Leadership’s Community Leadership Network, which is a fellowship centered around children, community, leadership, diversity, equity and inclusion.

Luqman is also one of the nationwide Legacy Cities fellows, served as a district associate dean at the largest community college district in Michigan, has been a teacher throughout Michigan and abroad and secured nearly 7,000 votes when she ran for the Dearborn Public Schools and Henry Ford College Board of Education in the 2020 election.

Having served as an educator for 17 years, Luqman has worked on all levels of education, in mainstream, ESL and special needs classrooms and as an administrator overseeing college operations. She also serves as a member of Henry Ford College’s Board of Trustee ad-HOC Committee.

“As a woman with a passion for equity and the empowerment of others, I am excited to take on an active role with the Wayne County Women’s Commission,” Luqman said. “This role creates a space for the concerns of women in our district to be brought to the table.”

Luqman completed her bachelor’s degree in education with concentrations in math and ESL at the University of Michigan and has since transitioned to a policy related field, pursuing a master’s degree in international relations at Harvard University.

Luqman said it’s important to never give up on yourself.

“My advice to young women in the community is to continuously invest time, effort and resources in developing themselves regardless of any setbacks they may face,” she said. “And to maintain a growth mindset in everything they do.”

“I am honored to appoint Latanya Gater to serve on this historic commission,” Knezek said. “Latanya is a member of the District 7 Schools Board of Education, city of Dearborn Heights Community Cultural Relations Commission, a master’s level child and family psychologist working in community mental health and private practice, an AFSCME union chairperson and, above all else, a kick-ass mom.”

Gater said that she is excited for the opportunity.

“It feels amazing and I’m deeply honored,” she said. “I’m being given the opportunity to work alongside incredible women, to improve the quality of life for women in Wayne County. It doesn’t get much better than that for someone like me.”

The roles that Gater and Luqman will have will include studying issues, making recommendations and advocating for actions to improve the lives of women across Wayne County.

“By looking at areas like employment, earning power, education, health care and childcare, the Women’s Commission will work collaboratively to identify and promote solutions, while making sure women play a key role in economic growth throughout the county,” Gater said. “In sum, it’s about removing gender based disparities women face in all the areas mentioned above.”

The 34-year-old mother has been a resident of Dearborn Heights for the last eight years and said that she is hoping to empower the community.

“I am looking forward to empowering women to be the best version of themselves,” she said. “I am eager to work with women from various backgrounds because, collectively, I’m sure we can be a catalyst for a holistic change and growth for women in Wayne County.”

Gater graduated from Cass Tech High School and earned degrees from Tennessee State University and the University of Detroit Mercy. She earned a Master of Arts degree in child and family psychology and currently practices in community mental health at Southwest Counseling Solutions and as an independent contractor at Sollars and Associates.

Gater was also the first Black woman to ever be elected to D7’s Board of Education, to which she was elected in the 2020 election.

With a love for gardening, community engagement, classic cars, reading, dancing, laughter and family time, Gater said that she wants to be a role model.

“My goal is to represent the needs of the women in Dearborn Heights District 8 to the best of my ability,” she said. “My goal is to be a role model of resiliency and pride. Overall, I envision being able to create and connect resources for women to be able to thrive. My message to other young women is that it’s critical to first develop a healthy self identity and core belief system and to not stray away from that. To make authentic and genuine personal and professional relationships and to work hard but take care of your needs first for self preservation.”