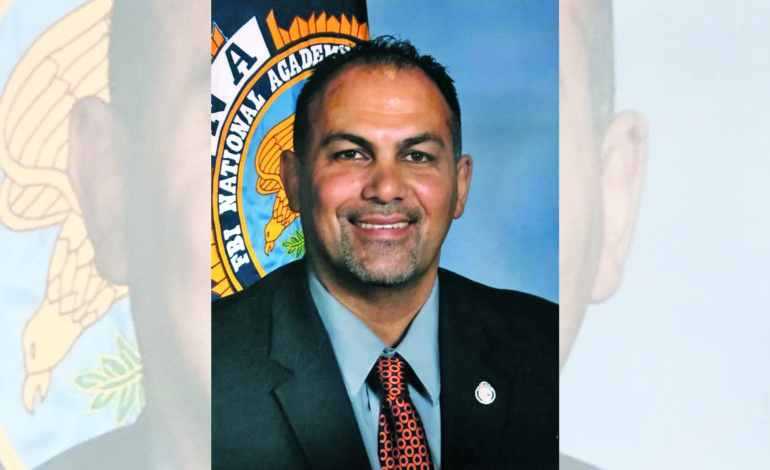 DETROIT — Dearborn native and Fordson High School alum Mike Jaafar was promoted to undersheriff of Wayne County, making him second in command and the first Arab American to be appointed to this position.

In his new role, Jaafar will be overseeing both the jails and law enforcement and will be second in command under Wayne County Sheriff Raphael Ray Washington.

Jaafar, 46, is the father of five and has a long history in law enforcement, having become an officer with the Detroit Police Department in 1994.

Since joining the Wayne County Sheriff’s Office, Jaafar has been director of law enforcement affairs, deputy chief and chief of operations before this promotion. He had been appointed to chief of operations in 2016 and graduated from the FBI’s National Academy in 2018.

“My goals align with the sheriff’s goals,” Jaafar said. “One of the main goals is recruitment. We are hiring. We are looking for 150-200 officers right now. Recruitment is our number one goal.”

With a lot of negativity surrounding the profession, Jaafar said that it’s a great career.

“There are more good officers than bad ones, this is a great career,” he said. “In any situation, you are what you make of your job. It’s a very noble and honorable profession, but you’re only human and no one is above the law.”

Chief of Staff Michael Turner said that he and Jaafar joined the department together.

“I’m excited for Mike,” he said. “He’s done well and I am happy for him. We continue to make this administration better. I affectionately call him a brother from another mother. We worked together for 12 years under Sheriff Benny Napoleon. I know he will do an outstanding job.”

Jaafar is often noted for expressing his deep respect and admiration for the late Napoleon, who lost his battle with COVID-19 in December at the age of 65. “I am a student of Sheriff Benny Napoleon,” Jaafar said of Napoleon in 2016. “He has a line that he taught his young officers… ‘You take care of your people and they’ll take care of you.’”

Jaafar’s sister, Nadia Berry, who is a trustee on the Dearborn Heights Crestwood School Board, said that the family is extremely proud of him and his accomplishments.

“I would just like to say that he has been a true mentor to us in the community and always has been committed to his job and family,” she said. “He makes us very proud.”

Jaafar said he has always believed it’s important to be the same person no matter who is looking. “What goes around comes around if you treat people with dignity and respect,” he said. “With me, what you see is what you get. I’m the same person I have always been and I’m a humanitarian. I believe in always going above and beyond and that’s who I am.”

Jaafar also said he tries to inspire his officers with his beliefs.

“I have been the same officer since day one,” he said. “I try to instill that in the officers that report to me. Doing the normal operation, like pulling over to play basketball with kids in the street, shouldn’t be for a camera.”

When Sheriff Washington offered Jaafar the promotion, he said he humbly accepted.