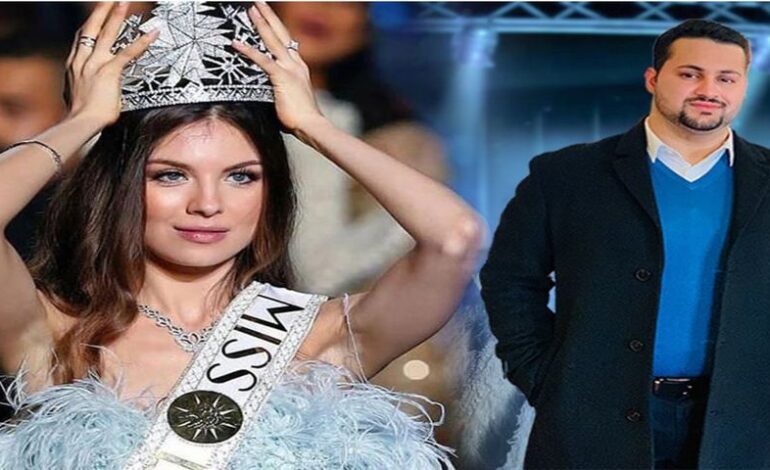 — The following article was contributed by the Lebanese American Foundation in Los Angeles, California.

LOS ANGELES — To mark the culmination of Arab Heritage Month, The House of Lebanon, the cultural center for the Lebanese American Foundation, composed a star-studded message featuring top Arab and Lebanese leaders and influencers.

Since its founding in 1999, The House of Lebanon has served the Lebanese community of Southern California as a premier Lebanese American cultural center in the U.S.

Above: 20 years of The House of Lebanon, from it’s first honoree in 1999, former President Bill Clinton, to the center’s grand reopening in 2019

With the support of key community leaders and stakeholders, the Lebanese American Foundation was established in Los Angeles by its pioneering founders in service of a greater dream to create a permanent home for the Lebanese community where the rich culture and history of Lebanon could be passed on and celebrated for many generations to come.

Since its founding in 1999, The House of Lebanon has served the Lebanese community of Southern California as a premier Lebanese American cultural center in the U.S.

Two decades from its founding, the Lebanese American Foundation re-established its cultural center in central Los Angeles, with Lebanese Ambassador to the U.S., Gabriel Issa and other politicians and dignitaries.

Over the years, The House of Lebanon and its members have left a lasting mark on the local Lebanese community, having created dedicated programs to develop professionals and promote collaboration amongst Lebanese artists, as well as honoring community leaders for their commitment to advancing the cause of all Lebanese people residing in the U.S. and abroad.

In the message, Miss Lebanon, Maya Reaidy, kicked-off the greeting by offering remarks on her pride for Lebanon. She spoke not only of the country’s beauty, but the richness of its culture, its history, heritage and traditions. She spoke of “the people”, the smiles they carry, and “the hope in our hearts”, which she closed by saying she “treasures so much.”

Tina Chamoun of YourLebanon shared her pride for her Arab American heritage and the values that she grew into as a Lebanese American. Chamoun catalogs and showcases Lebanon’s most popular delicacies on her Instagram account, where she has amassed a large following.

Comedian and content creator Rebecca Yammine offered a message of Lebanese pride, especially of the culture, food and, of course, the famous Lebanese tarbouch. Following Yammine was Ali Mroueh of Dabke Inc., who spoke of his pride for his Arab heritage and of his mission to spread the dabke dance form to the world.

Finally, the message culminated with closing remarks from incoming U.S. State Department diplomat Said Bilani, who said he’s always proud of where he comes from.

“My Arab heritage and particularly my Lebanese American heritage is a badge of honor that I wear proudly,” Bilani said. “From the ancestral days of the Phoenicians who created trade, the alphabet, the first number system to the present, Lebanese of all stripes have contributed so much to our country.

He then argued how in the last year alone the contributions of Arabs and of Lebanese immigrants worked to deliver a “modern miracle of science” via Operation Warp Speed, which steered the U.S.’ development of a vaccine originally believed to take 5-10 years to develop, under the helm of Dr. Moncef Slaoui, a Moroccan scientist.

“And it was also, the founder and head of Moderna, Lebanese-born Noubar Afeyan, who delivered a highly successful vaccine, now spread throughout American and the whole world in helping us get back on our feet after the global pandemic,” Bilani said.

Bilani closed the Arab Heritage Month greeting by applauding the Lebanese for their resolve through their challenges, for their ingenuity, their “never give, never quit attitude”, which has transcended Lebanon’s borders, and has contributed immensely to the country. The House of Lebanon in Los Angeles, California

“Thank you, we are better for it,” he offered in his concluding words.

The House of Lebanon leadership concluded the remarks by saying, “all these contributions of our Arab culture have made us who we are today and who we continue to be as we continue to set milestones of success.”