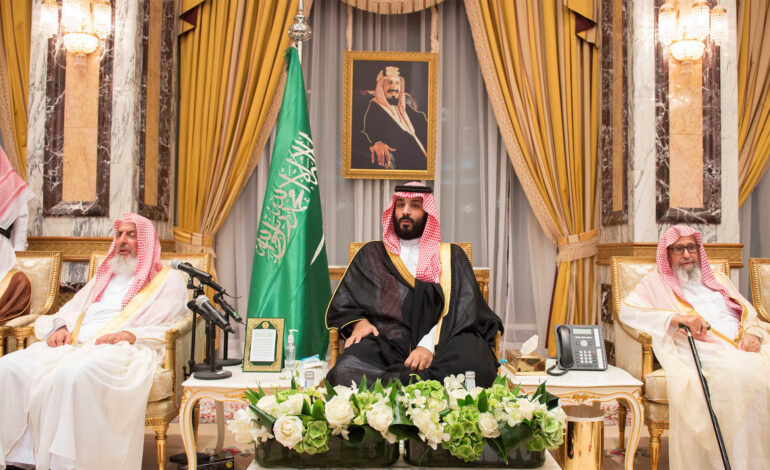 Saudi Arabia, in which Wahhabism is the state form of Islam, has a long history of vandalizing and demolishing historical monuments. Cultural devastation of Islamic heritage sites is not a new phenomenon to the Bedouin kingdom of Saudi Arabia.

The 8th of Shawwal is the day of sorrow, also known as  Yaum-e-Gham. This day is commemorated by Shi’a Muslims as the day Saudi King ‘Abdulaziz in 1923 demolished Al-Baqi cemetery in Medina. The destruction took place on April 21, 1926.

This year the anniversary falls on Thursday, May 20.

Literally Al-Baqi means a tree garden and has remained a sacred site until the Wahhabis rose to the power in early 19th century. They bulldoze the tombs and level the gravesite of the martyrs.

Destroying historically relevant heritage sites in an effort to conform with Wahhabi philosophies. These religious sites have been around for centuries and were maintained for years by previous caliphs and sultans.

The Wahhabi ideology forbids visiting the graves, the shrines of prophets and saints (imams). Wahabis consider this as a form of idolatry know as shirk (associating others with God). An aerial view shows the Clock Tower, the Grand Mosque and surrounding constructions sites in the holy city of Mecca in 2013. Photo: AFP

Abdulaziz ibn Muhammed, who believed in Wahhabism, declared war in 1205 A.H (1791) against the amir of Mecca, Sharif Ghalib Effendi.

Since 1205 Wahabis tried to conquer Mecca and Medina. However, after the conquest of Mecca and Medina (1218-1221), Wahabis destroyed all sacred places, including the Al-Baqi. They attempted to destroy the Prophet’s Mosque and tomb, but due to extreme pressure, the ideal was abandoned.

Over the years many sacred sites were re-build, but again in 1924 Wahabis with outside help entered Hijaz for the second time to massacre and demolished the Islamic heritage sites except the shrine of the Prophet Muhammad.

Today, Saudi petrodollars can silence even its most vocal critics, but when all is said and done, history will render a harsh judgment on those who try to wipe out the Islamic heritage.

“This is the end of history of Mecca and Medina… the root of the problem is Wahhabism,” said Dr Angawwi, a Saudi Architect.

The house of Bedouin kingdom has no sensitivity to Islamic heritage. It is the height of hypocrisy of House of Saud, who finds it so offensive to have shrine and tombs preserved, while Saudi Kings gifts toilet made of gold.

It is sham demolish the historical structures in the heart of Mecca and Medina, the cradle of Islam, revered by the world’s 1.5 billion Muslims.

Over the last two decades most of Makkah’s 1000-year-old historic sites have been bulldozed and replaced by hotels and other concrete jungles.

The Saudis are now in the final stage of wiping out any Islamic heritage pertaining to the Prophet Muhammad.

Failure to protect them from destruction is the biggest tragedy for the Islamic architectural heritage.

The Saudi royal family claims to be guardians of the holy places of Islam and profits hugely from the centuries by visiting pilgrims to Makkah and Medina. And yet, they are party to this barbaric desecration of the holiest sites in the Islamic world.

It is the same oil-rich orthodox state that pumped money into the Taliban, which detonated the Bamiyan Buddha’s in 2000.

The cultural vandalism in the destruction of Mohammed’s birthplace is indicative of a profound ignorance of history, art, heritage and beauty.

Why aren’t Muslim leaders and the Imams (preachers) demanding that the Saudi government halt their destructive plans? Alas, these double standards are what now define the Muslim community.

We have become completely muffled when it comes to criticizing House of Saud. This is not of washing our dirty linen in public, but this is the time to self-analyze and self-criticize.

This destruction of Islamic heritage needs to be said out loud, clear and often. Speak Up! Silent No More!

My pain is what type opium we Muslim masses are on anyway? What will it take to shake our deep slumber?

What is all more disturbing being that Muslim Nations around the world continue to remain silent at the desecration of our Holy sites.

We need to liberate of our communities, our faith, the holy cities of Mecca and Medina from the grip of corrupt rulers.

– Mohammed Khaku, Allentown, U.S.A., he can be reached at: mkhaku786@yahoo.com