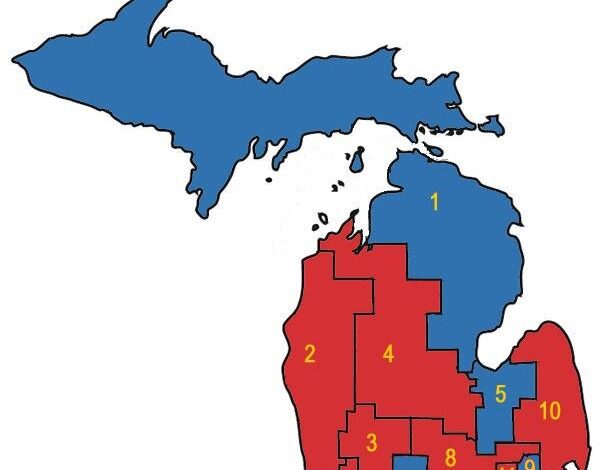 Every 10 years, every state redraws all of its district election maps. For Michigan, that’s 110 House district maps, 38 Senate district maps and 13 U.S. Congressional district maps. Once these are drawn, you elect your Michigan House, Michigan Senate and U.S. Congressional representatives based on which district you live in. If more of us who share a culture or history live in the same district, we will have more votes and we will be more able to elect a representative who speaks for us. For that to happen, though, districts have to be drawn so that we are kept together, drawn so that they don’t split our communities up.

The Michigan Independent Citizens Redistricting Commission (MICRC) is drawing up the new district maps this year, which will not change for the next 10 years. And by law, Communities of Interest (African Americans, Arab Americans, Latinos, Asian Americans, Native Americans and others) have a right to demand that the MICRC not split us up when drawing the maps. But it is going to be up to us to go to the MICRC public hearings and tell the Commission about ourselves and draw maps of our community, of where we live, and send them in.

At stake is our community’s voice with the Michigan legislature in Lansing, and with the federal government in Washington DC. It is about our ability to elect someone from our community, or to elect someone who listens to our issues and concerns. What’s at stake is our community’s access to state and federal resources such as funding for local schools, ESL, kids at risk, small business development, environmental pollution, insurance, Medicaid, mental health funding, MI Child, Meals on Wheels, senior care and many many other laws, resources and services that can help our communities. And for the next 10 years.

So go to any of the public hearings across Michigan and tell the MICRC commissioners about your community, about where you live and demand to be kept together. This is the time for our voices to be heard, for our communities to be respected and for our democracy to work for us.

— Hayg Oshagan is director of New Michigan Media and a professor at Wayne State University.

Palestine’s moment: Despite massive losses, Palestinians have altered the course of history