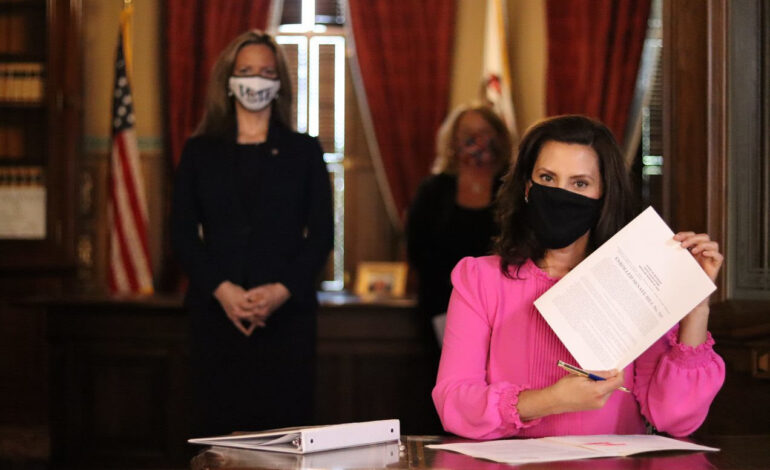 LANSING — Governor Whitmer signed a directive to establish the Michigan High-Speed Internet Office to try to bridge the digital divide across the state.

The governor said about 865,000 households in the state are not connected to the Internet.

“One in four Michigan families do not have a connection that meets their needs and that is not acceptable,” Whitmer said. “Right now we have a generational opportunity to make a tremendous difference thanks to the federal funds we have received and the budget surplus we are all working with.”

The office aims to bring people in different branches of government together who are working to expand Internet access, work on public-private partnerships and ensure that Michigan is accessing all the federal dollars available for expanding Internet access.

The office will also aim to make the Internet more affordable.

The state received hundreds of millions of dollars in federal funding that leaders say will be used to expand Internet access in urban and rural communities.