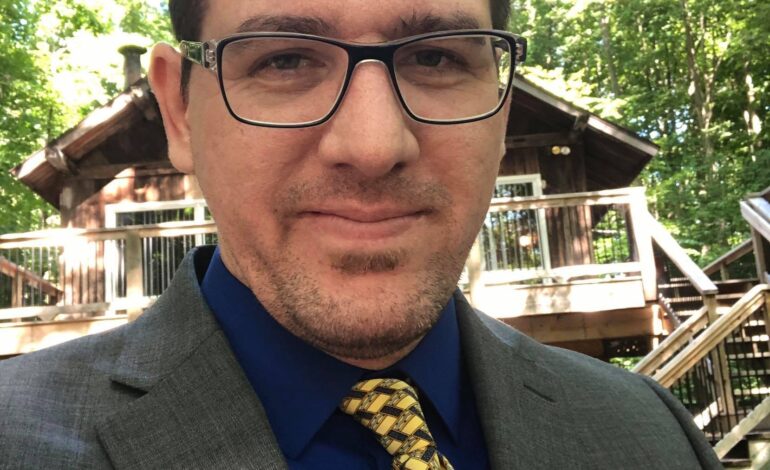 WESTLAND — After a hearing on Wednesday, an election commission deemed that mayoral candidate William Asper was to be removed from the ballot.

Asper told The Arab American News that he believes he was removed from the ballot illegally.

“I am running for mayor to stop the corruption,” he said. “They stated that residency was why I was removed from the ballot. I have 19 properties in Westland and the one that I claimed residency for, I spoke to the city clerk when I filed and explained that I was fixing this property to live in myself, but while I was doing so I would be staying at a friend’s property in Westland. Because of the pandemic, I have been prioritizing taking care of my tenants’ properties before my own; that’s why there hasn’t been water at that address yet. I was not allowed due process or the opportunity to defend myself. They slandered my name and defamed my character.”

Asper, 37, who is also on probation for aggravated stalking, has been under scrutiny for multiple social media comments and messages by a group on Facebook called “Women Against William Asper for Mayor.”

Jessica Grevenstuk, who helps maintain the Facebook group, said that she is trying to protect women and the city she called home for most of her life.

“He doesn’t qualify for mayor; he doesn’t live in Westland,” she said. “He lives in Canton, but owns about 18 properties in Westland that are all vacant, and that was the sticking point to getting him off of the ballot. He’s been an Internet troll for over six years, but claimed he was hacked.”

The group shared screenshots of comments made by Asper’s Facebook page in 2014 when a woman asked for advice on whether she should tell her 7-year-old daughter that Santa wasn’t real.

The woman’s post asked if she should continue to make her daughter believe, to which Asper’s Facebook page suggested that the child needed to be in special education classes.

“Not at all…most know at age five or six,” the comment said. “You need to get her into special education class instead.”

“The earlier you become proactive, the better for her,” the comments said. “That’s because most of the populous (sic) is not intelligent and didn’t have the special education option growing up. Of course, stupid breeds stupid.”

When the woman defended her child, saying that her child had excellent grades, comments made from Asper’s Facebook page became vulgar, implying that the 7-year-old girl was performing sexual favors to get her good grades and mentioned impregnating the woman himself to “give her a chance at having a smart kid.”

This incident, Asper said, happened when he was in his 20s and that it wasn’t him who made the comments.

“At that time, I didn’t have a password on my phone and I was going out to bars, clubs, the things that normal people in their 20s do,” he said. “People got into my phone multiple times and accessed my social media pages multiple times and even shared very personal videos. I have said this many times, I did not make those comments.”

During the election committee hearing, City Clerk Richard LeBlanc stated that his office had received a voter registration request and Asper’s application to run for office on Feb. 23, but when the office sent the voter card to Asper’s listed address, it was returned as “undeliverable – vacant.” The clerk’s office then sent a proof of the ballot that ensures names are printed correctly on the ballot to the same address, which was also returned as “undeliverable – vacant.”

The United States Postal Service also reportedly confirmed that it has a flag on the address as a vacant property. The city’s assessor stated that the building has had no certificate of occupancy since 2018 and the water department confirmed that the water has not been on at that address since last June.

Asper had also stated in a recent court appearance that he lives at the Westland property, but that his mailing address is in Canton.

The clerk and city attorney determined that Asper is not eligible to be on the ballot and a vote was taken to remove him.

Asper said that he doesn’t care if the attacks continue, he won’t give up.

“Attack me all you want, but I’m going to make these changes and make Westland a better place,” he said. “It’s very disheartening. It’s a nonstop onslaught of attacks and it’s not fair to my family. I am going to try to get back on the ballot as I believe I was illegally removed. I cannot quit. I am the only one who can stop this corruption. I live here and I don’t need the money, I’ll donate it all. I just want to fix things and bring back businesses to Westland and stop the corruption, make the schools better and lower the tax rates.”

The clerk’s office declined to speak with The Arab American News, saying that the issue is a closed matter and Clerk LeBlanc is not accepting any questions regarding the matter at this time.