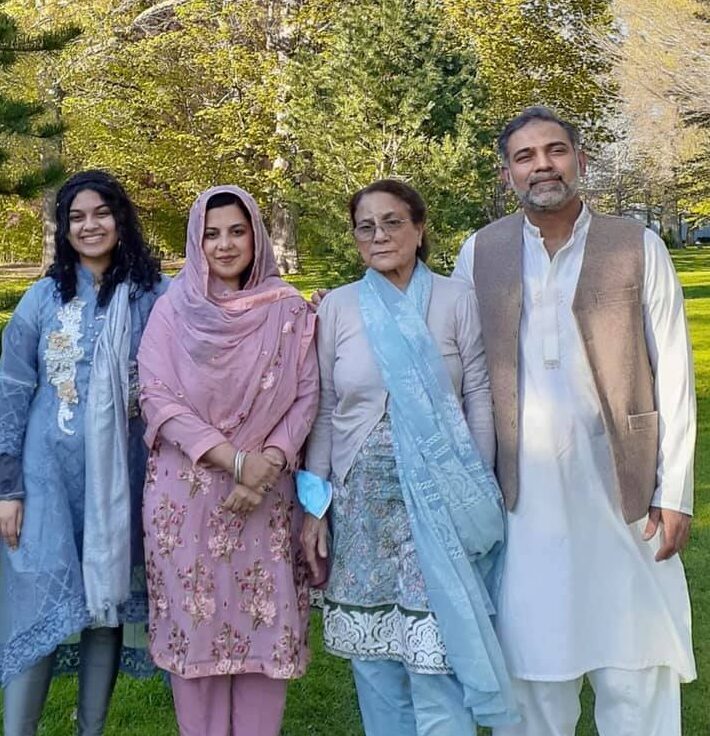 Yumna Afzaal, 15, Madiha Salman, 44, Talat Afzaal, 74 and Salman Afzaal, 46, were killed in a targeted hate crime in London, Ontario for being Muslim.

OTTAWA — A family of five was run down in London, Ontario on Sunday night by the driver of a pickup truck who, police say, chose his victims because they were Muslim.

Police said a man in a black pickup truck drove up on a curb and mowed down a family standing on the sidewalk as they were waiting to cross the street.

The victims have been identified as Salman Afzaal, 46, his wife, Madiha Salman, 44, their daughter Yumna Afazaal, 15 and her grandmother, Talat Afzaal, 74. The family’s 9-year-old son was taken to the hospital with serious injuries.

After the attack, the driver sped away at a high rate of speed and ran through several red lights before eventually being stopped and arrested in a shopping mall parking lot more than four miles away.

The suspect was identified as 20-year-old Nathaniel Veltman and he was charged with four counts of first degree murder and one count of attempted murder.

Police are also consulting with the attorney general and the Royal Canadian Mounted Police about possible terrorism charges.

Nadia Hasan, chief operating officer of the National Council of Canadian Muslims, said that terrorism charges should be pursued.

“We need to be able to send a message to the Muslim community that these types of incidents, and unfortunately I have to use the plural there, are taken seriously and will be prosecuted to the fullest extent of the law,” she said. “London would be unrecognizable if the Muslim community weren’t there. We all need to collectively take a step back and face the reality that we live in a country where a man can be so deeply influenced by Islamophobia and so deeply influenced by hate that he would get in his car and decide that today is the day I’m going to go and kill Muslims.”

Police Chief Steve Williams said that the attack is a “devastating loss” for the community.

“We believe this was an intentional act and that the victims of this horrific incident were targeted,” he said. “We believe the victims were targeted because of their Islamic faith. We understand that this event may cause fear and anxiety in the community and in particular the Muslim community and any community targeted by hate. I want to reassure all Londoners that all of us on the call today and many others stand with you and support you.”