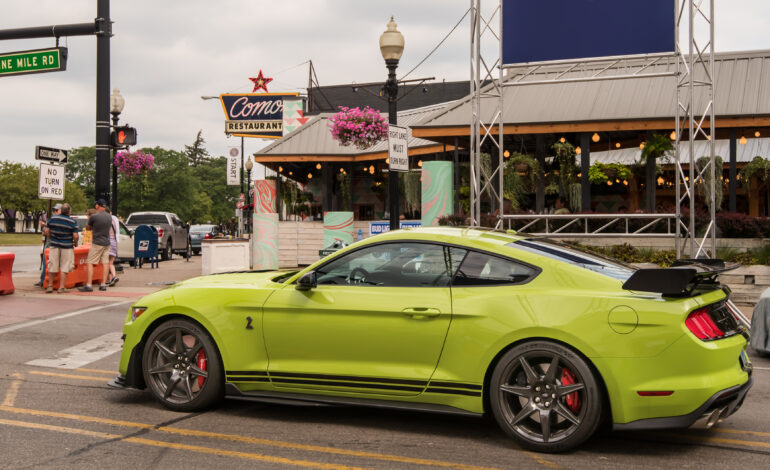 MICHIGAN — A new car insurance industry report shows that Michigan is no longer the most expensive state in the country to insure a car. But that doesn’t necessarily mean good news for drivers in the Motor City’s home.

The 2021 Insure.com report shows Louisiana has take over the top spot for premiums in the country, though Michigan still remains in the top five most expensive insurance sates, coming in second behind the Pelican State. Louisiana jumped ahead 19 percent to an average premium of $2,839, while Michigan comes in second place at $2,112.

The top three most expensive states stayed the same for the third year in a row, with Michigan and Louisiana switching spots and Florida finishing in third place.

The report shows that this is the first time in eight years that Michigan has not been at the top of the list, but its move to second place is based on a technicality. The average premium in Michigan dropped 27 percent this year to a still high $2,112, 48 percent more expensive than the national average.

The report says that since changes to the no-fault auto insurance laws in Michigan now let drivers choose the amount of Personal Injury Protection(PIP) coverage they want to carry, saving costs on insurance, this dramatically increases an insurer’s risk, which are then passed on to customers via higher premiums. But the report does expect rates to fall as saving go up.

In the past, drivers were required to carry PIP coverage that guaranteed unlimited, lifetime medical benefits to auto accident victims.

“The reforms went into effect last year, but it took time to make changes when their policy came up for renewal,” Penny Gusner, senior consumer analyst for Insure, said in the report. “Thus, we do not yet see the big reductions in rates the state had hoped for. We did see nearly a 30 percent reduction in rates for changing from unlimited PIP to a cap of $250,000, but I would hope by next year to see the rates fall even more as the savings go up.”

Louisiana is no stranger to the list, having been in the top five nearly every year since the beginning of report collection by Insure. Analysts at Insure contend that uninsured and underinsured drivers combined with “easy lawsuits” are pushing up the rates in a major way in Louisiana. Some 11.7 percent of drivers in the state cruise the roads uninsured, according to recent Insurance Information Institute statistics.

The five highest cost states for car insurance (average rate) in 2021 are:

The five cheapest states for car insurance in 2021:

While the state, and even the neighborhood in which the driver lives influences their car insurance rate, other factors also come into play. These include driving record, credit score, age and gender. Comparing car insurance rates is important before settling on a policy, the state says. State-specific factors such as local insurance laws also have a big impact on premiums.

A report on the state of the car insurance industry in 2020 found that the cost of car insurance in Dearborn was one of the highest in the nation, just behind neighboring Detroit.

The Arab American News asked Gusner some questions regarding the new report.

What are some of the ways consumers in Michigan can use the data in the new Insure.com report to make good decisions when shopping for car insurance?

A first step to obtaining cheaper rates in Michigan is to review the coverages and limits you currently have. If you continued with what you had previously, you might have missed out on saving by lowering your PIP limit, which is now allowed. Review if what you have is suitable for your situation? If not, then adjust. Our report shows that lowering PIP limits can lower your rates.

However, remember that you must qualify by having a specific type of health care plan for some of the lower limits. Lowering liability limits is not typically a good idea as it is what covers those you may harm and protects your assets. If you have collision, raising your deductible may help you save. The most significant way to save and make sure you are with the right company is by shopping around. Get the rates for the policy you want with your current insurer, then comparison shop with at least three other insurance providers to make sure you are getting the best rates.

What are some factors common to all states that experience higher than average car insurance rates?

The states with the higher-than-average rates seem to have a higher rate of uninsured motorists, making the insured ones pay more to pick up the slack. The states also tend to have large metropolitan areas. High-density cities have more cars on the road closer to each other, leading to more accidents – and thus claims. That leads to higher rates. In addition, the top states have fraud or a high level of lawsuits, which too pushes up rates because it leads to more money being paid out in claims. When a city or state has more claims, it looks riskier to a car insurance company, so it charges the drivers more.

(Some states) have changed but not totally eliminated discriminatory rating factors… Michigan doesn’t allow the postal code to be used for rating car insurance now, but it does allow territories to be used — Penny Gusner, Insure analyst

Have states made strides in eliminating discriminatory insurance industry practices like setting premiums based on age, gender, marital status or zip code?

Some states have made strides, but not the majority. And they may have changed but not totally eliminated discriminatory rating factors. For example, Michigan doesn’t allow the postal code to be used for rating car insurance now, but it does allow territories to be used. And in California, location can be used, but as a minor rating factor used after major rating factors of your driving record, annual miles driven and years of experience.

Age is used in all but three states and gender in all but six. However, age and gender rating only tend to affect the young and old, while during the middle years, rates plateau and are typically on par for gender. And marital status is not used in four states, but others have rules in place that try to keep widows and widowers from being targeted for rate hikes. You can learn more about what states prohibit rating on age, gender, etc. from the article “13 Factors that Affect Car Insurance Rates” on Insure.com

Strides are being made as states make conditions, laws and policies that insurance companies must follow… but it has been slow going. Insurance companies have statistics to show why they use their various rating factors and how items help them determine risk. To make progress, it will take them seeing how they can place discriminatory factors aside but still get a good measure of the risk they are taking on. And since companies look at rating factors differently and weigh them differently, it may just take one to take a new approach and show that it works for others to then start following suit.