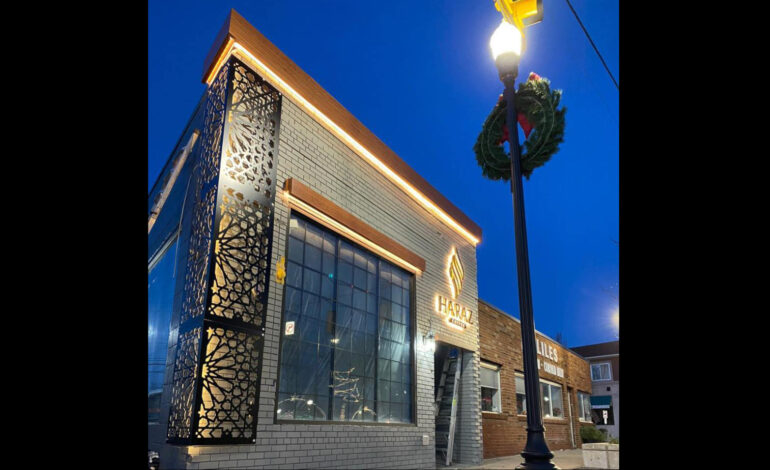 DEARBORN — The owner of a popular new cafe, Haraz Coffee, has sparked outrage for previous derogatory comments he made against Shi’a Muslims over social media.

An Instagram profile named HAR*Z COFFEE posted screenshots Thursday of past posts made by Hamzah Nasser disparaging Shia’s, who are a large segment of Metro Detroit’s Muslim population, and their faith. Some of those posts date back to 2016.

One screenshot is of Nasser’s 2018 tweet about recent immigrants to Dearborn, who he blamed for rising housing prices and wanted deported, while linking a CNN article about then President Trump asking why the U.S. wanted to take in immigrants from “sh*thole countries.”

Another screen grab is of a comment Nasser made on the Dearborn Area Community Members Facebook page, mocking a Muharram march in Dearborn in 2016.

“It’s that time of the year again, lol,” he commented.

A 2018 post showed Nasser accusing Shi’as that “their version of Mahdi” would come to “kill all the Arabs.” Mahdi is a revered figure who Muslims believe will appear before yawm al-qiyamah or the Day of Resurrection to redeem Islam and rid the world of evil.

The creator of the HAR*Z COFFEE Instagram profile, Zena, spoke to The Arab American News. Despite rumors, Zena confirmed she is not an employee of another coffee shop in Dearborn.

She said she dug through Nasser’s past public comments after her sister posted about a recent visit to Haraz Coffee and was confronted by someone online regarding Nasser’s history of expressing provocative anti-Shi’a viewpoints.

“I went through his Facebook because I didn’t want to make any allegations without proof because I knew I was gonna get backlash because he was getting so much praise.”

Zena called for a boycott of Haraz Coffee and said Nasser had erased the posts in question. Nasser’s twitter account @hamzahnasser has been deleted.

“You can erase your posts and comments all you want, but you can’t erase our memories,” the HAR*Z COFFEE Instagram profile stated.

Zena said the cafe’s Instagram originally blocked her two days ago and later Nasser reached out inviting her to visit Haraz Coffee to “discuss the allegations.”

“He did not deny them, nor did he apologize,” Zena said. “I said you’re a little too late. You wiped out the evidence and I know what you did. And I’m not going to your shop and no one that I know is coming to your shop.”

Nasser posted a statement the next day apologizing for his comments over the Haraz Coffee’s social media on Thursday.

“Simply put, (those tweets and statements) were wrong,” part of the statement read. “The posts and statements were insulting, disrespectful, misogynistic and absolutely deserving of condemnation. For this, I am wholeheartedly sorry.”

Nasser said he took full accountability for the statements and that they were made by “a different man” than he is today. He said he was prepared to do work and mend rifts and “strengthen our community,” and that he understood the pain and hurt he had caused. In response to Nasser’s apology, Zena said,  “As a Shi’a Muslim and follower of ahl-al bayt and a descendant of ahl al-bayt, I can’t help but feel bad and show mercy. But with saying that, I don’t buy it. Yesterday I was a ‘liar’ and ‘low class’, ‘rude’ and ‘disappointing.’ And then the next day we have any apology.”

Some social media users were also not convinced by Nasser’s apology.

“You’re only apologetic because you got caught in 4k,” commented one Facebook user on the apology post.

“I do not believe the sincerity behind this man’s apology,” said another commenter. “He is only apologizing for being caught and now being exposed to the fullest extent.”

Others came out to Nasser’s defense, one saying the apology was sincere and that he had known Nasser to have grown out of his past views.

“Being a member of the Shi’a community and a lifelong friend I have seen his growth first hand and I love him for the sake of Allah swt,” commented one user on the statement on Facebook.

“It’s rather a shame that members of our community are digging into someone’s past… our prophet (pbuh) and ahuhl bayt (a) would not do such a thing,” said another commenter. “So how dare we do such a thing? (I)t seems that he has changed, and he certainly has made an apology. (L)et’s act with sincerity, and move forward together, as a community.”

The Arab American News made multiple attempts to reach out to Haraz Coffee by phone, with no response. A response was given on Instagram, refusing to comment to the Yemeniya author of this article.

“So you want to come talk to the owner regarding a post five years ago? Where were you that time?” said a person operating Haraz’s social media, adding, “We won’t sit with you or talk with you.” They also accused The Arab American News of targeting Yemeni businesses.

Zena said the community should be aware that this outrage should not be singular to one community.

“If there was stuff being said about the Sunni community, I would be just as angry and livid. I would bring just as much awareness to this. Slander on either side is not going to be tolerated any further. This new generation will not take it. ”

She added, “I hope to see community unity and everyone work together as one Islamic faith.”

Haraz Coffee opened in the city’s east side in early April and is frequented by the area’s diverse Arab community.

Messages of unity at gathering outside Haraz

Present among the speakers and participants were several Yemeni community leaders and activists.

The testimony to that is that the new generation is creating its own opportunities. This makes us proud. Any community that grows will have differences of opinion, and that is normal. At the end of the day, we continue to support a unified community – Dr. Kalid Kaid Shajra, YACC

“We have seen a tremendous growth in every aspect of our community — economic, political, educational,” Shajra, a decades-long community activist, told The Arab American News. “The testimony to that is that the new generation is creating its own opportunities. This makes us proud. Any community that grows will have differences of opinion, and that is normal. At the end of the day, we continue to support a unified community. We need common goals of inclusion, cooperation and justice.”

Shajra said Sunday’s goal was to promote unity, inclusion and respect for each others’ opinions. He said Nasser was appreciative of the effort.

Yes, we can disagree and have a difference of opinion. That will enrich our community. But when the discussion becomes so divisive, and drives us apart, then it becomes destructive and we should stop it, immediately – Osama Siblani

The Arab American News Publisher Osama Siblani, who spearheaded the gathering and organized it, spoke at the event, saying the gathering should be used as an example of unity. He urged the community to move on, together.

“We come here to stand together against extremism and division,” he said. “Our businesses and unity are important to us. Yes, we can disagree and have a difference of opinion. That will enrich our community. But when the discussion becomes so divisive, and drives us apart, then it becomes destructive and we should stop it, immediately.”

Turfe said the community’s overall agenda should be to support one another.

“My mother once told me that when you’re stuck in a dilemma and have a choice to be correct or be kind, choose kindness,” Turfe said. “We stood together in support of the Palestinian. We are here now, standing together.”

Turfe said one person’s words do not necessarily represent an entire community, and it was important to not let any one disagreement divide it.

Salamey urged Arab Americans to be tolerant and respect each other, warning them not to import the ills that destroyed their motherlands to this community.

– Hassan Abbas contributed to this article