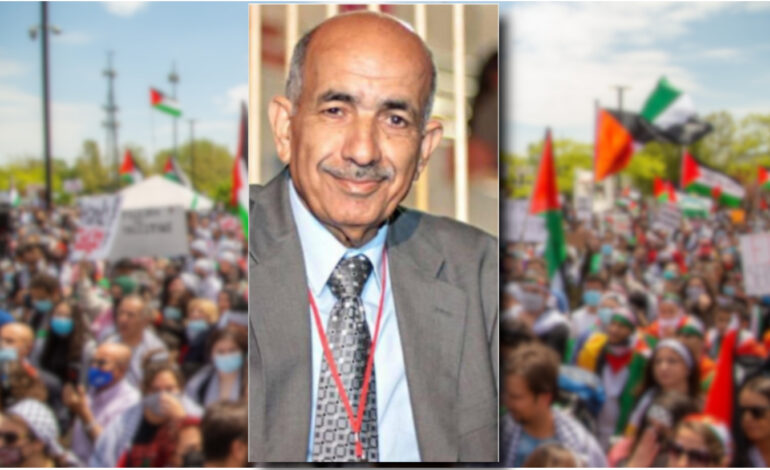 Jamal Nisser, 75, of Youngstown, Ohio was arrested on June 9 in the occupied West Bank. Nisser's photo courtesy of The Palestine Chronicle

YOUNGSTOWN, Ohio – A 75-year-old Palestinian American from Ohio has been imprisoned by Israeli authorities for activism.

Jamal Nisser, a retired Palestinian American businessman from Youngstown, Ohio, has been sentenced to four months in prison by an Israeli court on charges of political activism, The Palestine Chronicle reported.

According to The Palestine Chronicle, Nisser suffers from a chronic illness and vision problems. Nisser has been a long-time civil rights activist in the U.S. and was reported to have previously taken part in several of Jessie Jackson’s political campaigns.

The U.S. civil rights advocate and Palestinian rights activist has been residing in the city of Al-Bireh, in the occupied West Bank. On June 9, Israeli forces arrested him from his house at dawn.

Despite Nisser’s American citizenship, the U.S. government has refused to intervene and has neglected his case.

“Those Palestinian Americans who are deprived of their basic human rights by Israel are not given any legal protection by the U.S. government, despite the fact that they have constitutional rights to receive protection in the U.S. as well as overseas,” said Jad K. Jadallah Tawil in an article for The Palestine Chronicle, raising awareness of Nisser’s case.

“Please raise your voice and demand freedom for Jamal Nisser and insist that the U.S. government must treat Palestinian Americans with the same respect as all of its citizens anywhere in the world,” Tawil added.