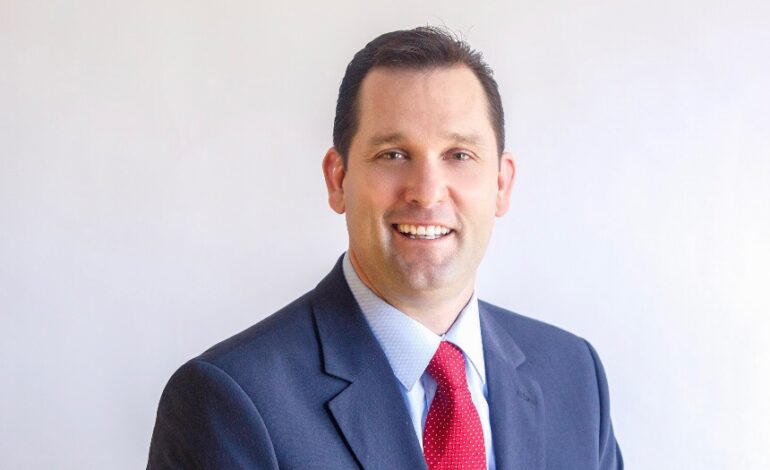 DEARBORN — Former long-serving City Council member and 2017 mayoral candidate Thomas Patrick Tafelski is again throwing his hat in the ring for the seat of Dearborn mayor in this year’s election.

In 2017, Tafelski ran a campaign for mayor of Dearborn against incumbent Jack O’Reilly and lost, earning 42 percent of the votes to O’Reilly’s 57 percent.

Soon after the election results were announced, Tafelski petitioned for a recount in 96 local precincts and paid a deposit to cover the $12,000 in recount costs, as stipulated per article MCL 168.867. After the petition was granted, Tafelski halted the recount on the first of the three day process and conceded the race to O’Reilly.

There were issues that I uncovered that still exist today in the city of Dearborn. We need to make sure that we have a stronger Economic Development Department to bring in new businesses into the city to help generate a new tax base — Thomas Tafelski

The Arab American News spoke with Tafelski on his campaign platform and why he feels confident he is the best candidate for mayor this time around to “get Dearborn back on track.”

“I believe that (for) the city, back four years ago,” Tafelski said. “There were issues that I uncovered that still exist today in the city of Dearborn. We need to make sure that we have a stronger Economic Development Department to bring in new businesses into the city to help generate a new tax base.”

Tafelski said his priorities will address high property taxes that he says are driving residents out of the city and to build better fiscal responsibility.

“We have to stop the frivolous spending that we have done,” he said. “I was an opponent against it for all my years on Council. The most notable was the city’s move of City Hall to the new city administrative building that was a tremendous waste of our tax dollars.”

Tafelski said he has the most experience inside City Hall of all the candidates, combined. Prior to his first run for mayor, he served 16 years on City Council, including six as Council president and four as president pro tem. Prior to that, he served more than two years on the City Planning Commission and City Beautiful.

Since the 2017 mayoral election, Tafelski left public life and shifted his focus to his work in the financial service arena and being with his children. He resides on the city’s west side with his three children.

A Dearborn native and a mixed Polish, Irish and Italian American, Tafelski was born and raised in the city and has lived here for the last 50 years. He attended Dearborn Public Schools, including Maple Elementary and Fordson High School.

The mayoral hopeful said if elected he plans to reinvigorate economic investment into the city and support the small businesses that have been serving the community for years.

“We need to hire the best and brightest people that will go out and all they do is focus on bringing new investment to Dearborn,” he said. “Additionally, we will have a team that focuses on retaining businesses.”

Tafelski is also determined to mitigate the bureaucratic red tape found within the Building and Safety Department, claiming the “antiquated codes” are the issue. He said these are the kinds of setbacks investors, contractors and residents encounter when trying to build or renovate residential or commercial property in the city.

Other priorities include establishing a traffic safety unit to better monitor traffic enforcement to keep city streets, parks and neighborhoods safe by “getting the most visible and frequent offenders.”

When asked about addressing other pressing issues concerning residents on the ground, Tafelski said if elected mayor, he will seek to “represent all factions in the city and represent them equally.”

In regard to the increasingly vocal concerns about environmental pollution and serious health issues from the city’s Southend residents, Tafelski promised to do everything within the jurisdiction of his power.

If elected, he said he will coordinate an audience with members of the Michigan Department of Environmental Quality (MDEQ) and the Environmental Protection Agency (EPA) and address those concerns with residents.

“I agree there are issues there,” he said. “My mother taught at Salina school for 15 years. When she was there, there were different environmental issues than there are today. So I understand and recognize what is going on in the Southend.”

When asked about the growing advocacy for police reform from residents, Tafelski said the solution rests in the education of police officers to be better equipped to do their jobs and treat everyone with dignity and respect.

“I think the police department does a fantastic job in fighting crime and working within the confines of what they set out for,” Tafelski said.

“As far as an oversight panel, that is something I am not for because I believe if we work within the state and national confines, the city of Dearborn and Police Department operate functionally and operate to the level of law.”

Tafelski expressed his concerns about the current city administration.

“(Mayor) Jack O’Reilly has been an absent mayor for the last seven years, even when I was on the Council,” he said.

The current City Council and city legal administration had a duty and an obligation, per charter, to put forth a resolution to find out if Mayor Jack O’Reilly was competent when the rumors first started and they did not fulfill their obligation — Thomas Tafelski

“Jack was not vocal and did not champion or spearhead any activity and it has cost the city of Dearborn,” he added. “In the absence of leadership, you have anarchy and chaos and a vacuum of power right now and that is what’s happening in the city.”

After O’Reilly tested positive for the coronavirus last year, rumors have continued to circulate concerning his noticeable absence from the public within the last year and his alleged health concerns.

“Jack O’Reilly clearly has not been to his full capacity for the last three years,”Tafleski said.

“The current City Council and city legal administration had a duty and an obligation, per charter, to put forth a resolution to find out if Mayor Jack O’Reilly was competent when the rumors first started and they did not fulfill their obligation.”

Tafelski said he believes the Council and Mayor O’Reilly were derelict in their duties and the latter should have also “come out and been more visible.

I pledge to be a visible mayor that communicates with all residents, and we may not agree, but at least residents understand what’s going on to get some type of response from City Hall — Thomas Tafelski

“There was a piece that came out where Jack O’Reilly endorsed a candidate and I’ve seen his signature a thousand times, and that was not Jack O’Reilly’s signature.”

Among other commendations for Dabaja’s qualification, the letter stated, “This year’s mayoral race has few established leaders and lifelong residents competing for only one position; however, Susan Dajaba has repeatedly stood out from the others.”

O’Reilly is not seeking re-election in this year’s race and despite the speculation about the mayor’s health issues and the concerns raised for the city, Tafelski said he should serve out the remaining four months of his term. According to the city charter, if O’Reilly steps down from his position then Dabaja, as president of the City Council, would assume the responsibility of the mayor for the rest of the current term, which ends in December.

“At this point, it would cause more chaos than it would do good,” he said.

Looking toward the future, Tafelski said, “I pledge to be a visible mayor that communicates with all residents, and we may not agree, but at least residents understand what’s going on to get some type of response from City Hall.”

Tafelski is planning to hold an upcoming friend-raiser event in mid-July. Styled after his Italian relatives’ tradition of pizza in the park, residents will have an opportunity for a meet and greet with the candidate and learn more about his platform.