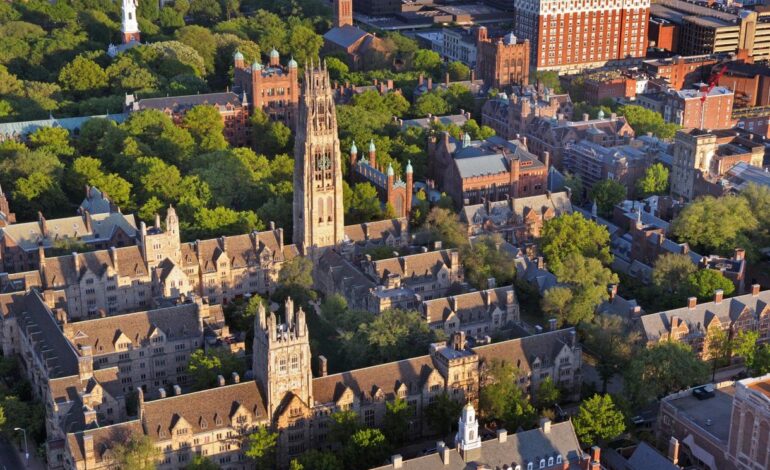 The statement was introduced in May by Yalies 4 Palestine, a student-led campaign to raise Palestinian voices and end the culture of silence around Palestine at the university, where the group has spent years fighting censorship. The campaign was created in response to the events in Sheikh Jarrah and is sponsored by the Yale Arab Students Association and Middle East and North African Student Association.

The Yalies 4 Palestine statement condemned the recent violent expulsions of Palestinians in Sheikh Jarrah and attacks on worshippers at the Al Aqsa mosque during Ramadan’s holiest days. It also denounced the U.S. military aid that funds this violence and made connections between police brutality globally and the actions of the IDF.

A similar statement was approved by the Wayne State University Student Senate, but was later blocked by the university’s administration.

“Today’s vote is the beginning of what must be a diligent effort to ensure that Palestinian students are heard, their struggles legitimized and the war crimes committed against them are condemned,” commented Salma Shaheen, a Yalies 4 Palestine member from Hebron, Palestine.

The council endorsed the statement in a final vote of 8 for, 4 abstaining and 3 against.

According to a press release from Yalies 4 Palestine, more than 100 Yale students and alumni were present at the Zoom council meeting. The council heard 10 minutes each of arguments from those in favor and those opposed to the statement, including students from Yalies 4 Palestine and Yale Jews for Palestine. A collective of more than 115 anti-Zionist Jewish students and alumni were in favor of the statement, while members from Yale Hillel and Yale Friends of Israel stood opposed.

Speakers in favor of the statement highlighted the worldwide support for Palestinian rights and the connection to racial injustice.

“Palestinian oppression is an issue of racial injustice,” said Ruqaiyah Damrah, a Yalies 4 Palestine member. “All ethnocentric violence is interdependent because it attempts to achieve and preserve the same hierarchies of erasure.” As a proud Palestinian student at Yale… having your signature will allow me to talk about my struggle, my culture and my people without being attacked and called anti-Semitic — Salma Shaheen, Yalies 4 Palestine

Palestinian speakers expressed the reality of feeling unsafe on campus and of being actively suppressed by Yale administration and students.

“As a proud Palestinian student at Yale… having your signature will allow me to talk about my struggle, my culture and my people without being attacked and called anti-Semitic,” said Shaheen, who has been called a terrorist for participating in protests at Yale for Palestinian rights.

Jewish speakers from Yale Jews for Palestine also spoke in favor of the statement, demanding that the YCC pass the resolution and refuting the notion that anti-Zionist sentiment is anti-Semitic.

“We offer our complete solidarity with Yalies 4 Palestine and note that their statement is significantly more moderate than our own,” said Ryan Gittler-Muñiz of Yale Jews for Palestine, which published its own statement condemning Israel’s actions on May 14. “One of the reasons for this is that Palestinians on campus are forced to respond to bad-faith claims of anti-Semitism and terrorism before they can speak out about their own lived experiences of colonial occupation and dispossession.”

Other Jewish speakers also discussed their feelings of exclusion from the Slifka Center for Jewish Life, given its public display of the Israeli flag and institutional support for Israel.

Speakers from Yale Hillel and Yale Friends of Israel opposed the statement, claiming that its language was “rigid and uncompromising” and that the YCC’s endorsement would make Jewish students feel unsafe on campus and uncomfortable voicing support for Israel. They also said that the statement would eliminate “a neutral baseline, [making] it harder to maintain an environment of open dialogue.” The opposition group also argued that the YCC would be overstepping its role by supporting condemnation of this statement and condemning a foreign government.

The YCC endorsement is the latest show of support for the statement of condemnation, which has been signed by more than 500 members of the Yale community and 54 student organizations at Yale. Yalies 4 Palestine members expressed their sincere gratitude to those who have supported their statement and those who have stood in solidarity with them.