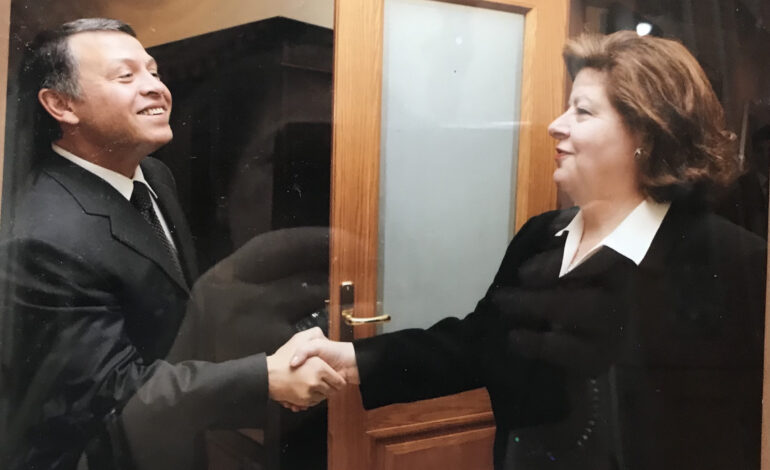 TROY — Dr. Haifa Fakhouri, founder, CEO and president of the Arab American and Chaldean Council (ACC), wrote to President Biden on Thursday, urging “moral and financial support” for Jordan’s King Abdullah II, on the occasion of his visit to the White House on July 19.

“As Jordan being the United States’ longest and strongest ally in the Arab world, the Jordanian government delivered much needed PPE and medical supplies to the state of Michigan when it was most desperately needed,” Fakhouri wrote in a letter. “It is time to reciprocate the humane, hospitable and bilateral nature of our relationship.” Abdullah will be the first Arab leader to visit Biden since the beginning of his term this year. Accompanied by his wife Queen Rania, Abdullah left for the U.S. earlier this month on a business and private itinerary, ahead of a visit to Washington, D.C. for talks with congressional leaders and administration officials.

Fakhouri is a Jordanian American and organized for Biden during his presidential run last year. For more than 40 years, the ACC has provided social services through its now large and complexly interrelated service network across Southeast Michigan.

“Your longstanding record for preemptively enriching the lives of all ethnic groups in the United States is appreciated to Jordanian Americans as well as Jordanian citizens,” Fakhouri wrote.

The king has recently been wrestling with the country’s economic challenges, while the kingdom reels from an alleged plot to replace him with his half-brother Prince Hamza. Hamza, who was put under house arrest in connection with the plot earlier this year, has garnered the support of powerful tribal leaders in his challenge to Abdullah’s reign.

This week, a military court sentenced two men accused of conspiring with Hamza to carry out the plot. Reuters has reported that the prince himself has been ostracized in a palace and is banned from any public role. Hamza was spared conviction after pledging allegiance to Abdullah.