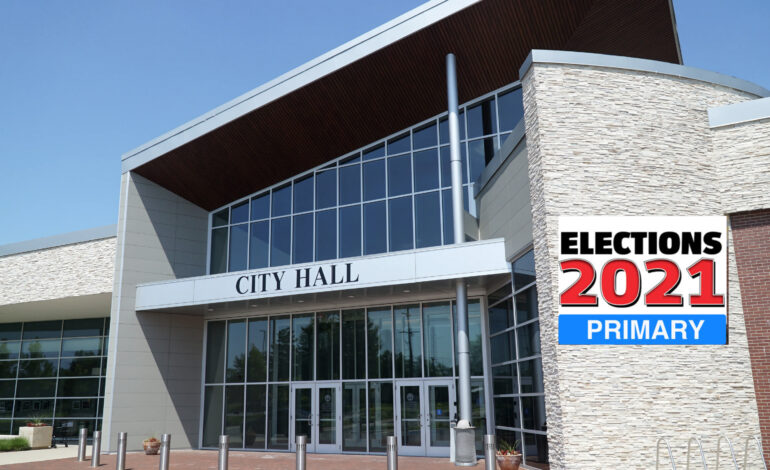 WESTLAND — Voters will choose from four candidates for mayor and 12 for City Council in the Aug. 3 primary.

In Westland, four Council members are elected at each regular odd year city election. The three candidates who receive the highest number of votes are elected to four-year terms and the candidate receiving the fourth highest number is elected to a two-year term, with all terms commencing at noon on January 1 following the election and expiring at noon two or four years later.

Incumbents James Godbout, Jim Hart and Peter Herzberg are all running to retain their seats.

The fourth seat, which is opening up because Councilwoman Tasha Green is running for mayor, is up for grabs among newcomers Angela Anderson, Sarah Austin, David Cox, Michael Delph, Debra Fowlkes, Candi Halton, Antoinette Martin, Josh Powell and Melissa Sampey.

Godbout has been a resident for more than 40 years and volunteers for charities, service organizations and Rouge Rescue clean ups. He has a bachelor of science degree in business administration from Lawrence Technological University and has completed level two of the Michigan Municipal League’s Elected Official Academy.

Godbout, who has served nearly 20 years on the City Council, was the target of recall attempts in 2012 and 2017.

A lifelong resident, Hart served 15 years in the United States Army as a non-commissioned officer. After leaving the military, he became president of the Westland Area Jaycees in 2015 and then the chairman of the board of the Chamber of Commerce in 2016. He is currently senior vice chair of the BOVA Post 9885 VFW in Westland, where he is a life member.

A Council member since 2016, Herzberg graduated from John Glenn High School before earning his bachelor’s degree in finance from Wayne State University. His website says he has two dogs and enjoys volunteering. Twelve candidates are running for four available seats on the Westland City Council in the August primary election. – Courtesy of Hometown Life online

As a newcomer, Anderson’s campaign page on Facebook said that her priorities are getting more community outreach, more community beautification and coming together as a community.

Austin, who has been a Westland area Jaycee for 15 years, served as the local Westland chapter president in 2016 and as the state president of the Michigan Jaycees in 2020. She has a bachelor’s of business administration with a human resources management focus from Eastern Michigan University.

Cox, the current president of the Wayne-Westland Schools Board of Education, who obtained the seat in 2016, is running to “make Westland better for kids.”

Delph has worked for the city of Farmington Hills for more than 25 years. His website says that he wants to help Westland “prosper, grow and become a safer city to live in and raise a family” and that he can bring fresh solutions to the city budget with his experience.

Fowlkes has a history of working in healthcare. Her website said that she’s running because she believes her education, personality and experience can add value to the city’s planning and administration as improving the welfare of the city and residents.

Halton has a background in healthcare with experience in grants. She has been endorsed by the American Arab & Muslim Political Action Committee (AMPAC). She is also the wife of an Army veteran and the mother of two.

Martin earned her bachelor’s degree in business administration from Eastern Michigan University before pursuing continuing education for chartered retirement planning and courses in certified financial planning. She went on to sell her financial business in 2018 before retiring.

Powell has served in the military and worked in I.T. His website says that he is looking to move “governmental barriers to entry for businesses, investors and especially everyday citizens.”

Sampey graduated from Eastern Michigan University and Specs Howard School of Broadcast Arts. While her website did not say what degree she holds, it said that she spent more than 15 years in leadership roles in the non-profit sector, event planning and sports marketing, with a focus on the entrepreneurial and healthcare industries.

Incumbent Bill Wild, who has served since 2007, is running for re-election. He had previously served six years on the City Council.

Councilwoman Tasha Green is running for mayor after having been elected to the City Council in 2017.

Westland resident and U.S. Navy Veteran Daniel Beier is also running for mayor, citing his love for the city as the reason behind his candidacy.

Local pastor Edward Pruett III says he has 20 years of experience in leadership and his website says he strives to see Westland achieve the level of excellence the community expects if elected mayor.