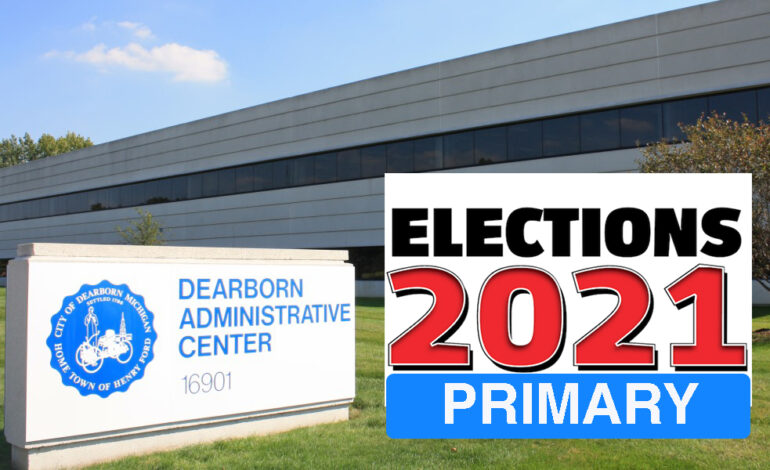 DEARBORN — Residents have a lot of decisions to make in the August 3 primary by narrowing down a large selection of mayoral and City Council candidates.

With the retirement of Mayor Jack O’Reilly, seven people submitted their names for the position, two of whom will advance to the general election in November.

City Council President Susan Dabaja is a lifelong resident of Dearborn and has been on the Council for seven years.

State Rep. Abdullah Hammoud (D-Dearborn) has been a member of the Michigan House of Representatives since 2017.

Hussein Berry has been a member of the Dearborn Public Schools Board of Education since 2016 and had previously served on the board from 2010 until 2014. He was also a candidate for the Michigan House of Representatives in 2012 and 2014, but lost in both runs.

Jim Parrelly, a financial planner, had previously run for mayor in 2017, but lost in the primary. He has stated that he wants a more diverse Dearborn.

Kalette Shari Willis is the first Black woman to run for mayor of Dearborn.

All seven City Council seats are up for election this year and 18 candidates seek to fill those seats. The top 14 from the primary will advance to the general election in November.

Farhat ran for school board last year and lost by 13 votes.

As a member of Michigan’s National Guard, Kamal Alsawafy said he believes he has very diversified and relevant qualifications.

Khalil Othman, a commissioner on the Recreations & Parks Commission, immigrated to Dearborn 17 years ago and said his drive and passion makes him the perfect candidate for a Council seat.

Mustapha Hammoud, born and raised in Dearborn, is an electrical engineer who has been working with Ford Motor Company for nearly a decade.  He has been active in political and community affairs for several years. Hammoud said that he is running to use his experience and knowledge to ensure transparency, fiscal responsibility and better city services, among other goals he hopes to accomplish if elected to City Council.