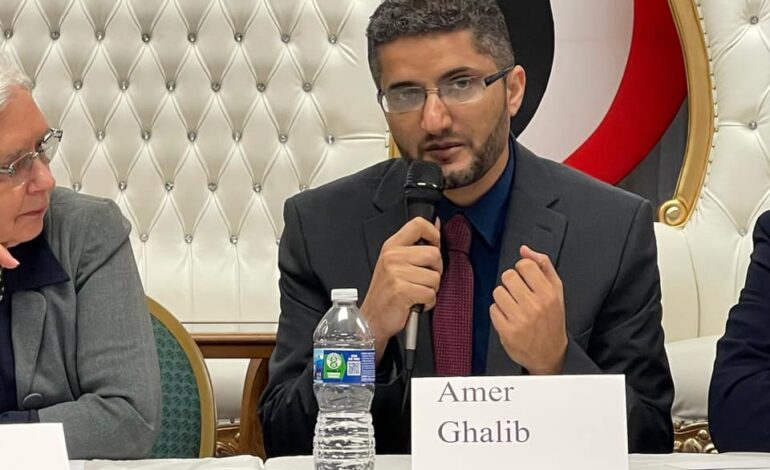 HAMTRAMCK — Yemeni American mayoral candidate Amer Ghalib became the front-runner in the Aug. 3 primary election. Strong numbers for the newcomer to Hamtramck’s political world, in an election that saw decent Election Day voting but still more absentee ballots. Long-time Mayor Karen Majewski trailed behind by just 364 votes, beating out the other Muslims candidates in the race.

“I am very honored and humbled with yesterday’s victory,” said Ghalib, who hold an M.D., in a Facebook post. “The results showed that Hamtramck residents are demanding change and want new leadership. I will continue to build bridges and reach out to every resident of Hamtramck, and will also continue to spread love and tolerance as we move forward in our historic journey.”

A ballot proposal to increase the millage rate on property taxes in Hamtramck to fund fire and police retirements failed, with more than 80 percent of votes cast in opposition.

The proposal was a sensitive topic in a city that has tight governmental budget and a working-class population. Increasing taxes to pay for the city’s retirement obligations has been an unpopular concept, but this doesn’t mean the city has many more options.

Majewski explained in a candidate interview to The Arab American News before the election that other candidates have falsely promised the city can find funds elsewhere to pay for the $5 million obligations to MERS for police and fire pensions the city owes in next year’s budget, going up to over $7 million in the next few years.

“Despite what some candidates would have you believe, grants are not available for these kinds of operating expenses,” Majewski said. “And the city is obligated by law to pay these retirement fund obligations.”

This could very well mean retirees sue the city, and a judge forces a tax levy on all Hamtramck taxpayers, which will likely end up costing taxpayers more than the proposed millage increase.

“I’m honored and humbled today,” Refai said in a Facebook post. “I extend my sincere thanks and great gratitude to all Hamtramck citizens who honored me with this support and victory. You have my sincere appreciation and respect, and I hope for continued support and assistance in the final election.”

By 6 p.m. Election Day, the City Clerk’s office told The Arab American News that turnout had been “heavy.” Compared to last year’s primary and general elections, when COVID-19 restricted voting practices to drop boxes and early voting, foot traffic seems to have returned to the city’s precincts.

Early, or absentee, voting numbers from the Clerk issued 2852 ballots, 2276 of which were returned before Election Day. Final counts were 2,528 AV and 1,406 on Election Day.