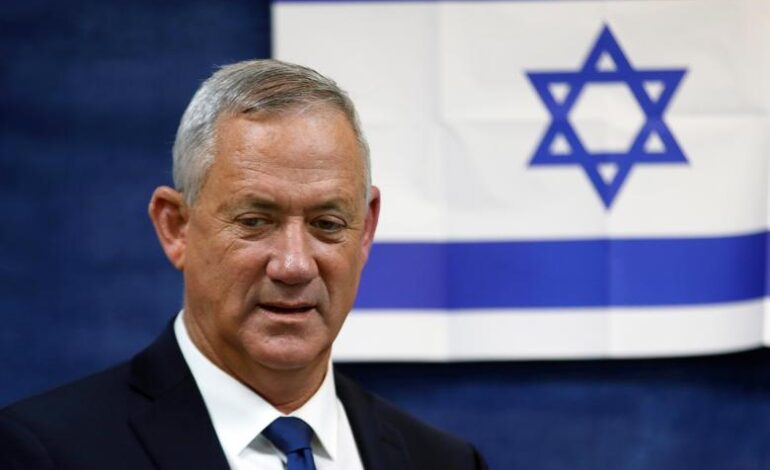 Israel’s defense minister warned Thursday that his country is prepared to strike Iran, issuing the threat against the Islamic Republic after a fatal drone strike on a oil tanker at sea that his nation blamed on Tehran.

The comments by Benny Gantz come as Israel lobbies countries for action at the U.N. over last week’s attack on the oil tanker Mercer Street that killed two people. The tanker, struck off Oman in the Arabian Sea, is managed by a firm owned by an Israeli billionaire.

The U.S. and the U.K. also blamed Iran for the attack, but no country has offered evidence or intelligence to support the claim. Iran, which along with its regional militia allies has launched similar drone attacks, has denied being involved.

Speaking to the news website Ynet, Gantz responded to whether Israel was prepared to attack Iran with a blunt “yes.”

He tweeted: “We state this clearly: ANY foolish act against Iran will be met with a DECISIVE response. Don’t test us.”

On Wednesday, in a letter to the U.N. Security Council, Iran’s deputy ambassador to the U.N. described Israel as “the main source of instability and insecurity in the Middle East and beyond for more than seven decades.”

“This regime has a long dark record in attacking commercial navigation and civilian ships,” Zahra Ershadi wrote. “In less than two years, this regime has attacked over 10 commercial vessels carrying oil and humanitarian goods destined to Syria.”

Ershadi’s comments refer to an ongoing shadow war being waged in Mideast waterways since 2019 that has seen both Iranian and Western-linked ships attacked.

The latest provocation occurred earlier this week, when hijackers stormed an asphalt tanker off the coast of the United Arab Emirates in the Gulf of Oman, briefly seizing the vessel before departing on Wednesday. No one claimed responsibility for the incident, although recorded radio communication from the ship shared with the AP revealed one of the crew members saying that armed Iranians had boarded the Asphalt Princess.

In response to a request for comment, the U.S. Central Command, known as CENTCOM, put the blame squarely on Iran on Thursday.

“We are troubled by the temporary forcible seizure of the M/V Asphalt Princess by Iranian gunmen,” said U.S. Air Force Major Nicole Ferrara, a CENTCOM spokesman. “We are looking into the incident, but do not have an understanding of what the Iranians were doing at this time, or why they would impede the transit of this legitimate commercial vessel.”

Iran has denied involvement in the incident, calling all the recent maritime escalations in the region as “completely suspicious.”

Last week’s attack on the Mercer Street killed the vessel’s Romanian captain as well as a British crew member who worked for Ambrey, a maritime security firm. In a statement Thursday, Ambrey identified the victim as Adrian Underwood, a former soldier in the British Army who started at the firm as a maritime security officer last year before becoming a team leader.

“We continue to be in contact with Adrian’s family to offer support at this sad and difficult time,” said John Thompson, Ambrey’s management director.

The attacks began a year after then-President Trump unilaterally withdrew from Iran’s nuclear deal with world powers, which saw Iran limit its enrichment of uranium in exchange for the lifting of economic sanctions. President Biden has said he’s willing to rejoin the accord, but talks over salvaging the deal have stalled in Vienna.

In Lebanon, tensions between Israel and Iran-linked groups are running higher than usual because of expectations that Israel may soon retaliate for an attack last week on an Israeli-linked merchant ship in the Indian Ocean. Israel blamed that attack on Iran, The New York Times reported. Militants in southern Lebanon fired rockets into Israel on Wednesday for the second time in two weeks, while the Israeli army to shot artillery fire and later conducted airstrikes.

HRW report: Some officials saw risk of Beirut blast, did not act