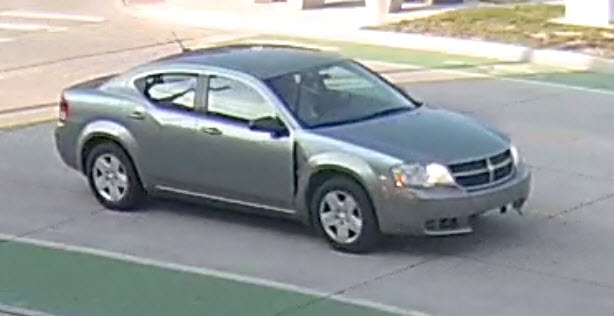 All photos courtesy of the Dearborn Police Department

DEARBORN — The Dearborn Police Department is looking for a vehicle that may have caused a serious accident and left the scene before police arrived to investigate.

Police say that on Thursday, Aug. 5, at approximately 6:45 p.m., officers responded to an accident in the area of Military Street near Monroe Street. A motorcyclist sustained serious injuries and is currently in critical condition at a local hospital. The investigation revealed that another vehicle, although not directly involved in the collision, may have been the primary cause of the accident and left the scene prior to officers arriving.

The department says investigators are still gathering evidence and request assistance from the public in identifying the driver of the Dodge Avenger captured in a surveillance video. Surveillance video captured the Dodge Avenger in the area of the accident, now being sought by the Dearborn Police Department

“The leading cause of death in our country is car accidents, which can be prevented by exercising patience and caution,” said Dearborn Police Chief Ronald Haddad. “Reckless actions behind the wheel not only endanger those involved but also innocent motorists and pedestrians.”

Anyone with information related to this incident is asked to please contact the Dearborn Police Department at (313) 943-2241. If you wish to remain anonymous, please call Crime Stoppers at 1-800-SPEAK-UP.