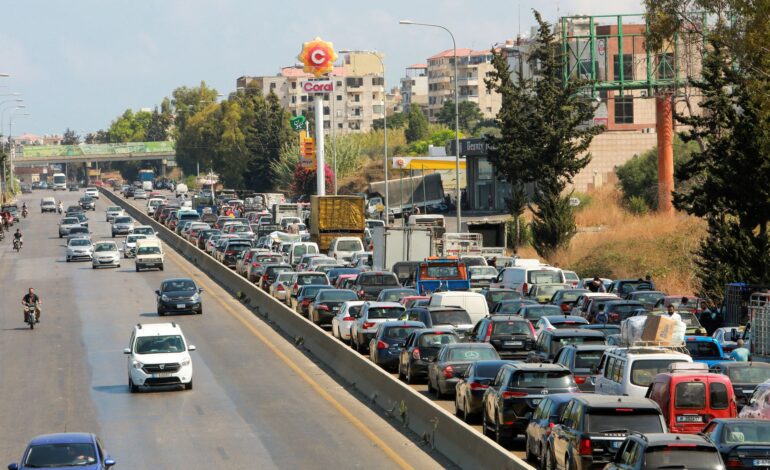 “In addition to the global pandemic and being host to the largest number of refugees per capita, last year Lebanon experienced a massive explosion at the port of Beirut, which killed hundreds, injured thousands and left hundreds of thousands of people homeless due to the blast’s destruction of their homes,” the lawmakers wrote. “Lebanon has also seen an economic crisis, which has resulted in over 90 percent devaluation in its currency, widespread unemployment and poverty.

“The Lebanese people are now experiencing shortages of food, fuel and medicine. The economic crisis in Lebanon has been ranked by the World Bank as one of the top three ‘most severe crises episodes globally since the mid-nineteenth century.’”

The letter said that between 40 and 50 percent of Lebanon’s doctors have left the country, threatening access to both lifesaving medical procedures and routine primary care. It also talked of funding shortfalls for the Lebanese American University and the American University in Beirut. The lawmakers also requested that the State Department and USAID continue to prioritize ongoing efforts to investigate the cause of the Beirut port explosion last August.

Lebanese have faced intense and debilitating fuel, food and medicine shortages in recent days. Power blackouts have forced some hospitals, bakeries and businesses to scale down or close.

On Thursday, Hezbollah said a shipment of Iranian fuel would set sail, cautioning its U.S. and Israeli foes against any moves to halt the consignment. Reuters reported opponents of the Shi’a party in Lebanon warned of consequences from the move. Former Prime Minister Saad al-Hariri said it risked sanctions being imposed on the country.

Lebanon’s President Michel Aoun said Thursday that the U.S. has decided to assist the country with an electricity provision as the country struggles with crippling fuel shortages. The plan means Egyptian natural gas will go to Jordan for generation into additional electricity that can be transmitted to Lebanon through Syria, as well as facilitate the transfer of natural gas to Lebanon.

The crisis has sparked a renewed push by Lebanon’s politicians, embroiled in discord, to agree on a cabinet.