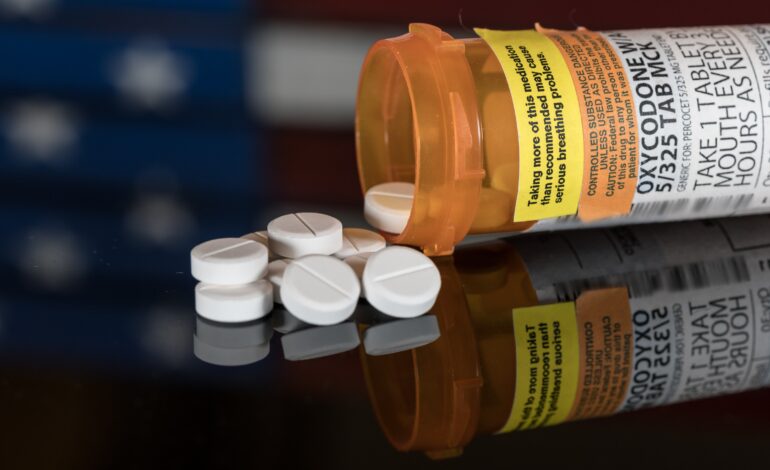 DEARBORN — Hassan Samir Saad, 33, and Ali Hussein Keblawi, 26, both of Dearborn, have been charged for their part in an illegal opioid operation out of a pharmacy in Redford.

On Wednesday, acting U.S. Attorney for the Eastern District of Michigan Saima Mohsin announced an indictment against Saad and Keblawi as well as two patient recruiters from Detroit for conspiracy to illegally distribute prescription drugs, and other opioid-related charges.

The two people who acted as patient recruiters in the opioid ring are Dangelo Terrell Stephens, 38, and Latasha Maria Neely, 38.

The indictment alleges that from June 2020 through July 2021, Stephens and Neely worked as patient recruiters/marketers, who would bring “patients” or patient information to area doctors and clinics.

Those doctors and clinics, which include the owner, operators and physician at Tranquility Wellness Center, who have been indicted in a related case, would write or help write controlled substance prescriptions in the “patient” names, without medical necessity and outside the scope of professional medical practice, in exchange for cash payments.

As part of the conspiracy, Stephens and Neely needed the cooperation of area pharmacies, including their owners and employees. Saad was a licensed pharmacy technician who worked at and owned Heritage Medical Pharmacy, LLC in Redford. Keblawi was an employee at Heritage. In exchange for cash, Saad and Keblawi filled the unlawful prescriptions obtained by Stephens and dispensed, or helped dispense, controlled substances to Stephens and not to the patients to which they were prescribed.

Stephens and Neely then sold the controlled substances on the street.

According to the indictment, Stephens and Neely unlawfully distributed a combined total of more than 28,000 dosage units of Schedule II opioid prescriptions during the conspiracy. These controlled substances had a conservative street value more than $775,000.

“The road to addiction often begins with prescription drugs,” Mohsin said. “It is for this reason we are focusing our efforts on removing individuals who contribute to the devastating opioid crisis in this country.”

“The FBI is focused on stemming the supply of illegal opioids into our communities, especially those illegally distributed by doctors and clinics,” said Timothy Waters, special agent in charge of the FBI’s Detroit Division. “While we continue to work with our partners to combat this crisis that devastates communities, we ask for the public’s help by reporting any information related to the illegal sale and distribution of opioids.”

The case was investigated by special agents and task force officers from the FBI and the Department of Health and Human Services-Office of the Inspector General.

An indictment is only a charge and is not evidence of guilt.