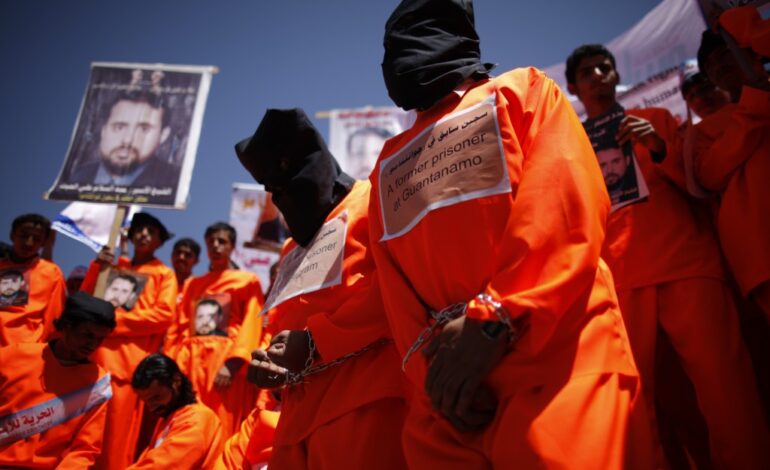 Twenty years later, the Muslim community in the U.S. and abroad is reflecting on the legacy of U.S. response to the events of Sept. 11, 2001.

The tragedy and trauma of the surreal attacks of that day are coupled with two decades of domestic and foreign policy that deeply changed the relationship between the U.S. government, specifically its military and intelligence apparatus, and ordinary Americans, including its Arab, South Asian and African Muslim populations.

A major feature of post 9/11 federal policy has been its ill-conceived (by most accounts) approach to counter-terrorism, through the bending and breaking of civil liberties, an unprecedented expansion of surveillance apparatus and disastrous military campaigns in the Middle East.

The effects of those initial years of federal response rippled out to inform and evolve policies on all levels, from local policing, to surveillance, from torture and imprisonment to the federal government’s approach to immigration and more, through Republican and Democratic-controlled governments.

But with surveillance, profiling, targeting and curtailing of rights came counteracting resistance, most notably from the legal field. Cases of gross civil rights infringement of Americans are being fought in courts to this day; some have sustained through four different administrations in the White House.

A particular organization was on the front lines early on. Just weeks after 9/11, the Center for Constitutional Rights (CCR) was helping clients dealing with outright human rights abuses and filing the earliest legal challenges to nearly every facet of the Bush administration’s attacks on Muslims, immigrants and the rule of law.

A continuum of repression

A look at the history of the CCR’s work in the months and years following 9/11 gives a glimpse at the extraordinary changes in federal and local policies and the sobering reality of what disparate but connected minority communities faced in the aftermath.

In the many years following 9/11, the organization led challenges seeking to end and obtain accountability for torture and indefinite detention at Guantanamo, extraordinary rendition, secret CIA detention and torture, drone strikes on civilian populations, torture in Abu Ghraib prison in Iraq and other abuses by private military contractors, warrantless surveillance, Muslim profiling, the FBI’s abuse of the No-Fly List and more.

It’s no wonder that in the days leading up to the 20th anniversary of 9/11, the organization launched a new front page portal on its website, named the “The 9/11 Effect”, summarizing many of the prominent cases of injustices it handled over the years.

Visitors to the website can view case summaries, videos and client stories, and media clips and opinion pieces. The vast resource is both illuminating and timely.

Azmy has specialized in cases involving discriminatory policing practices (stop and frisk), government surveillance, the rights of Guantanamo detainees, rights of asylum seekers and accountability for victims of torture.

“Following 9/11, as we were mourning the tragedy, we were expecting a major federal backlash, which of course materialized,” Azmy said. “As much as or more than any other legal organization in the country, we represented individuals on every continuum of the post-9/11 federal and municipal repression of Muslims.

“We were the first organization to challenge the Bush administration detention of so-called enemy combatants in Guantanamo Bay… just four months after 9/11 when detainees arrived, and proceeded to lead the coordination of representation of all 790 men. We still represent men (held at Guantanamo) to this day.”

Azmy said the organization also represented clients in torture cases and in what the Bush administration called extraordinary rendition, a practice where agencies like the CIA would kidnap individuals to countries known for notorious human rights violations, for torture and interrogation. It represented individuals tortured at Abu Ghraib, which is still a torture site.

…once you take that step to target a community in that way in connection with a so-called war, you invite an authoritarian like Trump to say ‘that wasn’t good enough, I will do it one better.’ – Baher Azmy, Center for Constitutional Rights

It also represented Muslims who were targeted for sweeps by the FBI and INS and were detained and brutalized in prisons simply because they were Muslim and Arab, and most recently people who were subject to the NYPD’s suspicionless spying program.

Over the years, this vast apparatus of federal policies specifically targeting Muslims has had to reckon with doubts over its constitutionality, due in no small part to the efforts of the center’s work. But in many ways, those early days made way for an even more authoritarian and insidious methods of profiling Muslims.

“There is less of a generalized obsession with Muslims among U.S. law enforcement,” Azmy said. “In the early years there was an entire political economy of massive investiture of resources at every level to target, surveil, infiltrate and control the Muslim population in the country.

“I think a consequence of the Bush administration’s forms of targeting is that once you take that step to target a community in that way in connection with a so-called war, you invite an authoritarian like Trump to say ‘that wasn’t good enough, I will do it one better.’ While the Bush administration denied torturing, Trump openly excluded Muslims, talked about registered them and promised to torture detainees.” Guantanamo is America. It’s all connected to our deeply punitive and racist carceral society.

For true change to happen, Azmy said individuals responsible for war crimes should be held accountable and a meaningful dismantling of the entire war-making and law enforcement apparatus that continues to target Muslims and other vulnerable populations needs to take place.

Azmy said the veneer of legality placed on practices in Guantanamo have parallels with local prison systems, where Black and Brown Americans have limited access to legal representation and where a powerful profitable prison complex rips families apart.

“Guantanamo is America,” he said. “It’s all connected to our deeply punitive and racist carceral society.”

Azmy said that the “9/11 Effect” and other moments in American history, like the internment of Japanese Americans during WWII, shows that constitutional protections are only extended to those who are considered members of the political community.

“Rights are politically contingent and recognized only when we value the community that is subject to them,” Azmy said. “What we see throughout these moments in American history is that the majority believes some populations don’t have the same rights and those rights won’t be enforced in the courts as meaningfully as they should be.” Naveed Shinwari, a plaintiff in Tanzin v. Tanvir, a federal lawsuit challenging the FBI’s abuse of the No-Fly List as a tool to coerce American Muslims into spying on their religious communities. Photo: Lend Frison

Speaking further on the evolution of post-9/11 policies over the years, Azmy said surveillance has become more sophisticated and therefore more subtle. Surveillance has shifted to monitoring social media, recruitment of community members into law enforcement, creating ties with local leadership and watching the community in other ways.

“Agencies are also taking some version of the ‘hearts and minds’ approach, where they realize that brutal force can alienate Muslims, so they’ve had to come up with a different way to monitor by building allegiances in the community,” Azmy said.

Some things have changed positively, of course. Azmy recognized the explosion of movement-based, grassroots Arab and Muslim organizations in the years since 9/11, tackling civil rights and immigration issues and more, that didn’t exist before.

Azmy gave one concrete example of the hopeful change these movements have brought on. The Bush administration registered Muslims through a program where it identified 25 countries, 24 of which were Muslim majority countries and North Korea. Trump borrowed that list for the Muslim ban.

“Some 880,000 adult men were registered, thousands of those were subsequently deported,” Azmy said. “When Trump got elected, we were worried about a resuscitation of that program, so I looked back to see if there were any legal challenges to it (during the Bush era) and there was nothing. Besides few courageous immigration lawyers that said it was unconstitutional, the Muslim and Arab community just accepted the repression as their fate.”

Fast forward to the end days of the Obama administration, which had ended the program but had not taken the regulation off the books. Within a week a coalition of some 40 to 50 organizations worked together, lightning fast, to convince the administration to wipe it off the books so the program couldn’t be bought back to life in the future.

“That kind of radical shift in power over 20 years gives me some optimism,” Azmy said.

The CCR has a comprehensive federal policy agenda, which includes specific demands like calling for the Biden administration to close the Guantanamo Bay prison, to providing victims of the U.S. torture program with accountability and dismantling the terrorism framework, towards dismantling the so-called “War on Terror.”