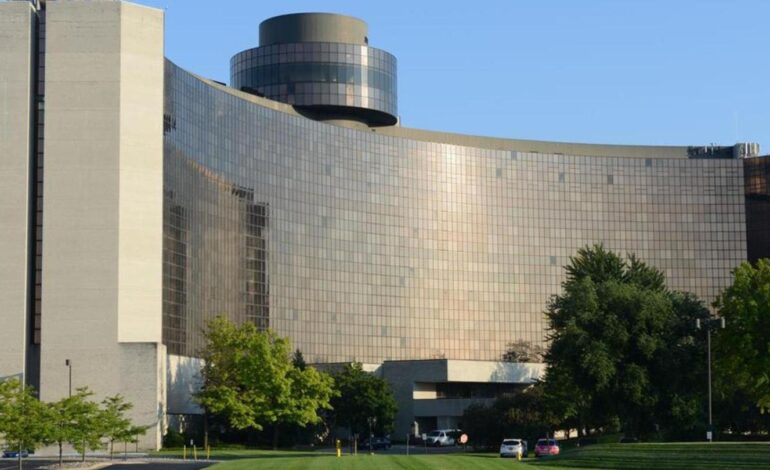 DEARBORN — The former Dearborn Hyatt Regency Hotel is to be sold to a New York-based company that is looking to transform the property.

The hotel has been closed since December 2018.

An attorney for the unidentified buyer, Amir Makled of the Dearborn-based Hall Makled, said that the company plans to transform the 773 room hotel into a mix of a 375 market-rate apartments and possibly a small hotel.

“We have a buyer who’s well capitalized and has the credentials to redevelop the property to its prior glory,” Makled said. “They are committed to having a very swift transformation and getting a project approved through the municipality and moving through all the construction phases as quickly as possible.”

The hotel is currently owned by the U.S. and Canadian governments and the sale is pending through the U.S. Marshals Service and could close in a matter of weeks.

The hotel’s former owner, Edward Gong, a Chinese-born businessman who had immigrated to Canada, had relinquished control of the property after facing criminal charges in Canada for fraud and money laundering allegations.

Media reports from June said that Gong had agreed to forfeit $50 million to New Zealand authorities as well.

Gong had purchased the hotel for $20 million in 2016 and renamed it The Edward Hotel & Convention Center.

We have a buyer who’s well capitalized and has the credentials to redevelop the property to its prior glory. — Attorney Amir Makled

The hotel had originally opened in 1976 and is the second largest hotel in Michigan, second only to the 1,328 room Marriott at the Renaissance Center.

The previous owners were unable or unwilling to make renovations and Hyatt removed its brand name off of the hotel in 2012.

The hotel was marketed this year to potential buyers by the Jonna Group, a division of Colliers International.

In an interview with the Free Press, Simon Jonna said that numerous housing developers expressed interest in buying and transforming the property and that there were 13 to 14 offers, but that the company purchasing the property is a large company that owns more than 15,000 apartments.

“We had tremendous national and international interest,” Jonna said. “We had a lot of prominent buyers that we were sorry to see go, but this buyer just stepped it up.”

New U.S. immigrants to be required to be fully vaccinated against COVID-19

Beaumont Health says its 10 emergency rooms are near capacity