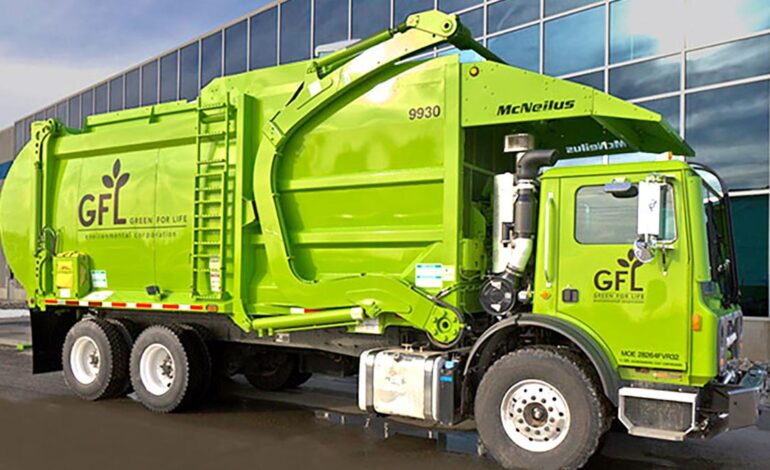 DEARBORN HEIGHTS — With residents becoming increasingly frustrated over the service being provided by GFL, the city is stepping into action.

Ever since the June flooding that impacted more than 1,500 residents, GFL has not been performing well and some residents have even reported it taking days or even weeks for their yard waste, trash and recycling to be collected.

“I haven’t seen any improvement,” he said. “I gave them a get out of jail free card when it first happened because we had just had major storms, and obviously some employment issues, but complaints are continuing.”

Even while wearing my face mask, the smell of the garbage which has not been picked up is unbearable. This is unacceptable. I am committed to retaining a company that can get the job done. — Mayor Bill Bazzi

Mayor Bill Bazzi said that he has met some residents who have gone three to four weeks without trash pick up.

“There are maggots, rats; I have never seen this before in my life, not in the U.S.,” he said. “It’s ridiculous and they have gotten worse and there hasn’t been any improvement. It’s gotten a lot worse than it was before and I don’t know what to do. I’ve talked to several cities and had meetings with several mayors from southeast Michigan and no one is having issues with GFL as badly as Dearborn Heights.”

Previously, GFL had reported staffing shortages and mechanical issues with its equipment, but was still signing new contracts with cities like Allen Park.

“This is ridiculous,” Bazzi said. “I reached out to several companies, and everybody is more than happy to bid on the contract. They want the business and they are willing to take it on.”

Corporation Counsel Gary Miotke said the request for a quote has stipulated that penalties will be double what they currently are for nonperformance and if there is a contractual breach, the city has the ability to go out and cover the services with another vendor.

“That improves our ability to do what we were forced to do recently and it makes it very clear that that is what we are going to expect with this agreement,” he said. “We have the option to terminate the contract at our choice, but they do not have such an option. So, in essence, what we could end up doing in this situation is just saying we are terminating this agreement.”

Miotke said that the contract cannot be terminated immediately because any company needs at least 30 to 60 days to transition, so they can give GFL a 90-day notice and that if GFL did not believe it were in breach of contract, it could sue the city.

Bazzi told The Arab American News that they are doing walk-throughs with potential companies this week.

“Last week, my administration and I prepared and submitted a comprehensive RFP to go out for bid for a new waste removal company, which the Council approved,” he said. “I am pleased to announce that our RFP to get a new company is currently out on Bidnet. To date, there are at least five companies which have expressed interest in serving Dearborn Heights. The bidding will close by mid-October. At that point, we will assess each bid for both cost and efficiency.”

Bazzi also said that he wants to ensure a contract is made with a company that can meet expectations.

“My objective is to ensure that we contract with a company that can provide thorough removal, in addition to the expected timely pick-up according to schedule,” he said. “I have been working closely with our city attorney to move through the legalities of this process, to put our residents first and provide the quality trash removal services that our residents deserve. Our residents should not have to wait days and sometimes weeks to have their trash, yard waste and recyclables picked up. This attracts maggots, rodents and poses a health concern. Even while wearing my face mask, the smell of the garbage which has not been picked up is unbearable. This is unacceptable. I am committed to retaining a company that can get the job done.”