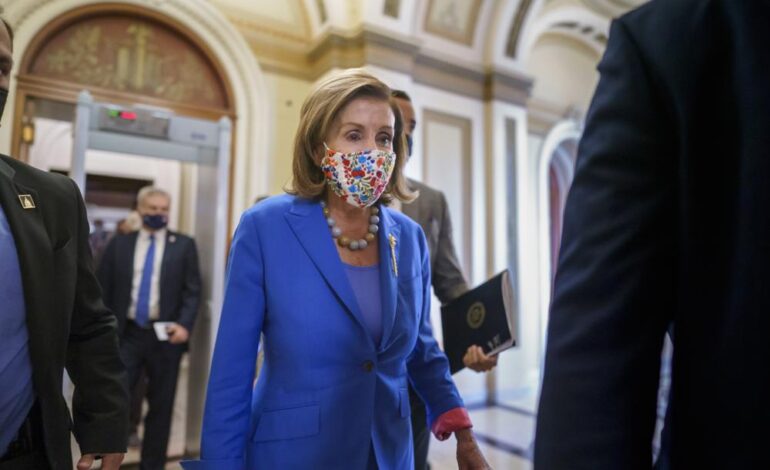 WASHINGTON, D.C. — Back-to-back Senate and House votes averted a partial shutdown of the federal government on Thursday, but a political dispute continues over how to raise the government’s borrowing cap before the U.S. risks a potentially catastrophic default.

The House approved the short-term funding measure by a 254-175 vote not long after the Senate passage in a 65-35 vote, with a large majority of Republicans in both chambers voting against the bill.

Republicans say Democrats have the votes to raise the debt limit on their own and are trying ram through their political priorities along with it. If that debt limit is not raised by Oct. 18, the U.S. probably will face a financial crisis and economic recession, Treasury Secretary Janet Yellen said.

Democrats are attempting to get President Biden’s top domestic priorities over the finish line, including a bipartisan $1 trillion infrastructure bill at risk of stalling in the House. With Biden’s government overhaul agenda at stake, progress among Democrats is faltering because of objections by centrist Democrats such as Joe Manchin (D-WV) and Kyrsten Sinema (D-AZ).

Democrats backed down from a showdown over the debt limit in the government funding bill, deciding to uncouple the borrowing ceiling at the insistence of Republicans.

The short-term bill includes $6.3 billion to help support the resettlement of Afghanistan evacuees and almost $29 billion in disaster relief for those recovering from Hurricane Ida and other natural disasters.

The federal debt stands at $28.4 trillion. If the debt ceiling isn’t raised, it’ll be time for repayment on obligations. The U.S. Treasury has taken steps to preserve cash, but once it runs out, it will be forced to rely on incoming revenue to pay its obligations.

That would likely mean delays in payments to Social Security recipients, veterans and government workers, including military personnel. The Bipartisan Policy Center, a think tank, projects that the federal government would be unable to meet about 40 percent of payments due in the several weeks that follow, according to the Associated Press.

The U.S. has never defaulted on its debts in the modern era and historically and both parties have voted to raise the limit. Democrats joined the Republican Senate majority in doing so three times during former President Trump’s administration. This time Democrats wanted to take care of both priorities in one bill, but Senate Republicans blocked that effort Monday.

Senate Minority leader Mitch McConnell (R-KY) has argued that Democrats should pass a debt limit extension with the same budgetary tools they are using to try to pass a $3.5 trillion “human infrastructure” bill directed at social safety net programs and climate change.

“We’re able to fund the government today because the majority accepted reality,” McConnell said. “The same thing will need to happen on the debt limit next week.”