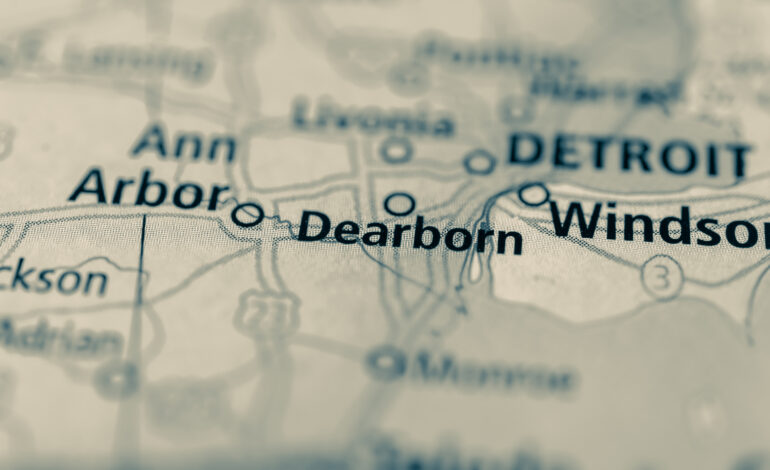 The state’s citizen-led redistricting effort is approaching some crucial deadlines and draft maps have been released for public consideration that show how the process could potentially rework the state’s political maps.

Michigan voters approved the creation of the Michigan Independent Citizens Redistricting Commission (MICRC) in 2018. The citizen-led commission is composed of four Republicans, four Democrats and five independents and is tasked with redrawing, with community input, districts for State House and Senate, and congressional seats.

This a marked change from previous years when these districts were drawn by political parties every 10 years, leading to gerrymandering, lack of representation of certain populations, convoluted districts and a dampening of political power of certain communities because of the way they were split between districts or concentrated entirely into others.

The commission has a defined set of voter-approved criteria with which to come up with these maps, at the top of which are compliance with the U.S. Voting Rights Act and maps that are geographically contiguous and reflect the state’s diverse population.

Within that diversity is the “communities of interest” factor in coming up with district maps. These can be any community with a shared economic or social interest, but ethnic populations like Arab Americans are also considered to be a community of interest.

In Michigan, the high concentration of Arab Americans in a geographic portion of Wayne County means many share economic and political concerns, and hold electoral power.

To get ideas on the kinds of maps these residents seek, the MICRC has welcomed maps from residents that can help in that decision making. Now, thanks to the efforts of Arab American organizers, the commission has state and congressional district maps that provide expanded representation and district geographies that reflect where they are concentrated.

The “communities of interest” factor was the focus of the efforts that led to three draft maps (two state, one congressional) that account for the Arab American population and were submitted to the commissioners by hundreds of community members. This means they have been accepted by the commission as draft maps, waiting on final approval after public comment periods that run through October and November. Draft maps submitted to the commission show the community commanding two State House districts, while being concentrated in one State Senate and congressional district.

In the current draft maps submitted to the commission, this community is split in only two State House districts and is concentrated in one State Senate district and one congressional district.

“If you’re an Arab American in this region, you couldn’t be happier with how the draft maps have turned out,” Dr. Hayg Oshagan, journalism professor at Wayne State University, and founder and executive director of New Michigan Media, told The Arab American News. “In terms of community of interest, if you keep a community together, they can have a louder voice when there are elections. The Arab American community in Dearborn and Dearborn Heights are concentrated in one State Senate district. Photo: Screenshot/City Gate GIS

Oshagan led an effort to engage the area’s Arab American, Bengali and Latino populations to get engaged in the process.

For the Arab American population, Oshagan partnered with community members to figure out the geographic makeup in Dearborn, Dearborn Heights and surrounding communities with high Arab concentrations. Meetings at The Arab American News offices included Publisher Osama Siblani, State Rep. Abdullah Hammoud (D-Dearborn), real estate professionals and others, and proposed maps were created of state and congressional districts which will likely mean Arabs could have an unprecedented input in how state and federal resources are allocated, not to mention increased control over political seats.

Take the State Senate; with the latest population counts, each Senate district should have about 270,000 people in it. Oshagan said that according to population estimates on Arabs, that could mean some 200,000 Arabs in just one of those Senate districts, meaning they could elect just about whoever they want in that district.

These proposed maps give tremendous power to the Arab American community in Lansing, by electing who they want, by having whoever is there listen to them or by electing someone from the Dearborn, Dearborn Heights area for those seats. — Dr. Hayg Oshagan

The U.S. Census does not include an “Arab” racial category and Arabs have historically checked off “White” on census forms. Arab organizers used voter registration data and other means to understand the region’s Arab geography and create a population map of Arabs in the area.

“These proposed maps give tremendous power to the Arab American community in Lansing, by electing who they want, by having whoever is there listen to them or by electing someone from the Dearborn, Dearborn Heights area for those seats,” Oshagan said.

The picture of which congressional seat will be absorbed in the state’s new 13-seat map is yet to become clear and representatives such as U.S. Rep. Rashida Tlaib (D-Detroit) have not been overly vocal about the future of local district mapping, but a popular incumbent like her could easily win that Arab-concentrated district in an electoral contest.

Oshagan said redistricting is about more than just the elections. Communities of interest rank higher in criteria for redrawing than county and municipal borders. And for minority populations, the need for representative districts transcends affiliation with the Democratic or Republican Parties.

Though fair elections are an important part of this redistricting process, for ethnic populations, representative districts in the state and federal legislature mean a stronger voice in policy that affects them, like funding for infrastructure, education, reducing pollution and more. The Arab American enclaves in Dearborn and Dearborn Heights are concentrated in one congressional district. Photo: Screenshot/City Gate GIS

Decisions in Lansing have a lot of impact on the bustling neighborhoods of Dearborn and surrounding Arab enclaves. East and south Dearborn have long been victims of pollution from factories in the area and the local population is seeking satisfactory action from the state on that issue. The community is also waiting on mental health and educational funding, and moneys for crumbling roads and bridges.

Committees in Michigan’s legislature preside over such things as health and human services, infrastructure, public health and more.

“If you need money for mental health, for ESL, pollution controls in the Arab community, if you have someone in Lansing advocating for this, then maybe you’ll get the resources you’ll need,” Oshagan said.

On Oct. 1, the commission will choose three draft maps, one each for the State House, State Senate and congressional district to post online for public review and comment.

The community is now urged by those involved in the mapping process to show support for the proposed maps in front of the commission when it meets in the area in October. The commission will be at Macomb Community College in Warren, Oct. 15, Schoolcraft College in Livonia, Oct. 26 and the TCF Center in Detroit on Oct. 18.

On Nov. 5, the commission is scheduled to vote on three proposed maps before a 45-day public comment period that begins Nov. 14. And finally, on Dec. 30, the commission will adopt the maps, which will become final and be signed into law.