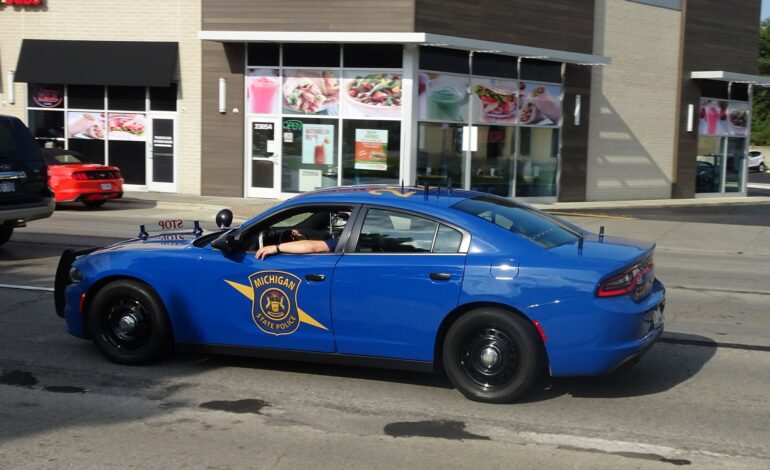 LANSING — On Wednesday, the state announced a proposal for $32 million in law enforcement funding, as part of an overall “$75 million MI Safe Communities” framework, touted by Governor Whitmer as a way to “reduce crime and keep families safe.”

The latest funding would have multiple pieces and is geared towards “communities with the highest increases in violent crime”, according to a press release. The state would utilize federal funding from the American Rescue Plan towards the effort.

The proposal includes $20 million for local law enforcement departments and correctional facilities to retain personnel and to recruit or retain future officers enrolled in police academy training programs, or new officers who have completed at least two years at a department.

$3 million would be dedicated for grants to local departments to hire homicide detectives or other staff focused on investigating and solving violent crime. The state says this component would drive down homicide clearance rates in Michigan cities, which are currently some of the worst nationwide.

After last year’s nationwide protest against the police killing of George Floyd sparked calls for defunding expensive and increasingly militarized police departments, there is little surprise that the Democratic governor also highlighted budget allotments for education and skills training programs, and resources for schools to hire more nurses, counselors and social workers, as ways to “reduce crime in the long run”, perhaps appealing to calls for less punitive measures and more holistic, social service-oriented approach to crime.

But though accusations of anti-police governance in Democratic-led cities has been a talking point for Republicans, no actual action on “defunding” has come from any urban Democratic administrations.

In fact, in Minneapolis, Floyd’s home and the epicenter of last year’s movement, a City Council initiative to overhaul the police department fizzled late last year when a number of members backed away from their pledges. Democratic Mayor Jacob Frey in fact increased the police budget for the city for the 2021 fiscal year, bringing it back to levels before Floyd’s killing.

“We have to work together to fund police and reduce crime because every Michigander in every community deserves to live safely,” Whitmer said. “As a former prosecutor, keeping families safe is a top priority and the MI Safe Communities framework will help law enforcement officers do their jobs more effectively.

“I will work with anyone to bring down crime and help Michiganders feel safe in their community. Together, we can build a safer, more just Michigan where every family can thrive, where every kid can get a great education and where every person has a path to a good-paying, high-skill job.”

The proposal also seeks to increase the number of visiting judges with funding for prosecution and defense to tackle the backlog of criminal cases.