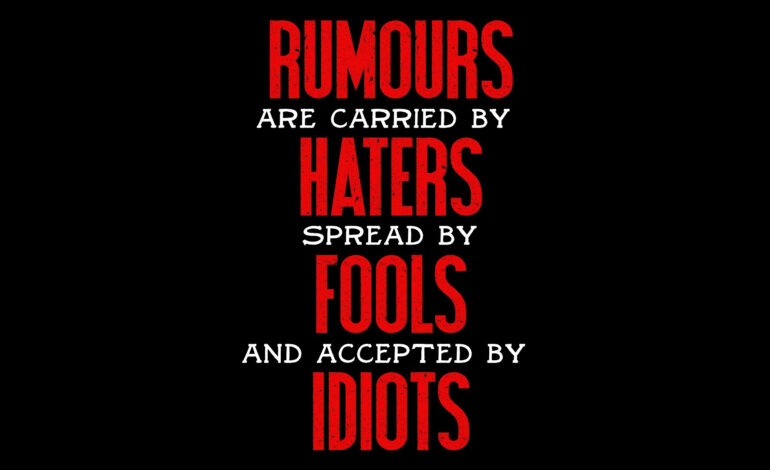 As much as we all hope and work for better outcomes, it seems as though Dearborn cannot have an election season without anonymous and false attacks and rumors. For the last few days, some individuals have been circulating on social media and through chats what they claim is a statement (in Arabic and English) issued by “Arab organizations”, claiming that such organizations are calling on Arab voters to vote “Arab only” and that “Our destiny as Arabs in Dearborn is at stake”, etc.

The circulators of such statements have only one aim: Divide Dearborn along ethnic lines. This newspaper, and all respected and serious Arab organizations, have spent years working to bridge divides and encouraging voters to pick the most qualified candidates, regardless of ethnicity or religion. The Arab community knows full well the hurt and damage caused by discrimination. We firmly believe that Dearborn needs all the talent of its residents, regardless of where they hail from. Over the years, the Arab community supported and continued to support non-Arab candidates who they believe are qualified and suited to serve all of us.

The statements being circulated are completely false and Dearborn residents are invited to read and watch the official statements and publications issued by Arab organizations involved in this election. They are also invited to read the literature sent to their homes by Arab candidates and see that they are promoting their qualifications and experience, not their ethnicity. Anyone who believes that in this day and age a “secret” or “whisper” campaign can be conducted among the tens of thousands of Arab voters in Dearborn is a fool. Anyone who believes or claims that Arab organizations in Dearborn resort to the Arabic language to hide their intentions is an even bigger fool. In the age of free online translation tools, language is hardly a barrier to hide behind.

The fact remains that in this year’s local elections, there are more qualified Arab American candidates running than in any previous election. The fact that most of them are supported by Arab American groups is not a sign of a conspiracy; it is the American way: You support the candidates whom you believe will better serve our city and its residents. To imply that Arab organizations or Arab voters would rather vote for an Arab, regardless of qualifications, to defeat an otherwise qualified “White” candidate is preposterous and racist, to say the least, even if the circulator of such falsities is an Arab. These allegations are the hallmarks of a campaign run on grievances instead of substance and will prove to be a grave miscalculation.

Dearborn residents are very familiar with these tactics and see through these false and negative campaignings. Many of the candidates have worked tirelessly to represent the whole city, not any one group, and will continue to work even after Election Day to fix the damage these allegations may have caused. This paper still hopes someday to see an election in Dearborn where the focus of everyone is on what the candidates will do for our city to improve the services and tackle the problems facing its residents such as flooding , high taxes, crimes and reckless driving, among others. The focus should have been how to stand together to make the city a better place for all of its residents.