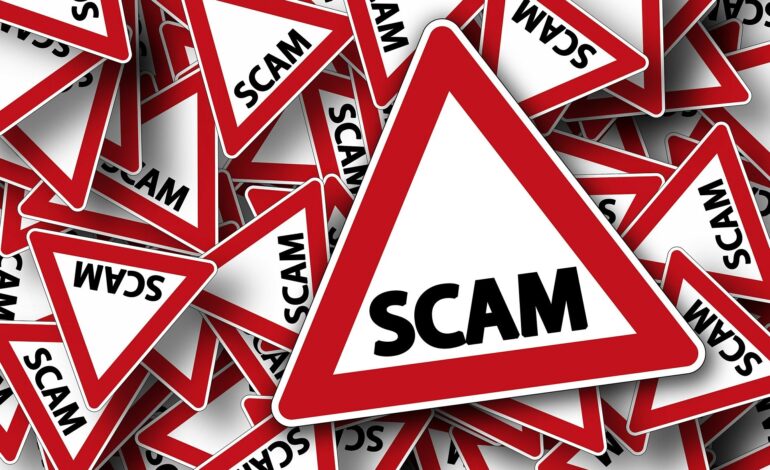 The staff report by the Federal Trade Commission (FTC) highlight the unique types of consumer problems that these communities face, as well as how those problems are then reported to the agency.

The report says that since 2016, the FTC has brought more than 25 actions where the agency could identify that the scam or fraud either specifically targeted or disproportionately impacted communities of color.

The report says the problem has been exacerbated by the pandemic, with scammers preying on people’s fears about cures and treatments, as well as their financial struggles.

Scammers impersonating government officials can be a particular problem for immigrant communities. These schemes have used URLs such as usimmigration.us, us-immigration.com, uscitizenship.info and usimmigrationcitizenship.com that offered immigration and naturalization form preparation services for a fee.

The FTC’s own 2021 quarterly data for the “Detroit-Warren-Dearborn” area, arguably the Michigan’s most concentrated immigrant hubs, shows that “impostor scams” outnumber any other types of scams reported.

A FTC complaint alleged that consumers who searched online for terms such as “USCIS”, “INS” or “U.S. Immigration” and clicked on fake advertisements were then directed to these websites, which displayed government-related images, such as the American flag and the U.S. Capitol.

A look at the FTC’s own 2021 quarterly data for the “Detroit-Warren-Dearborn” area, arguably the Michigan’s most concentrated immigrant hubs, shows that “impostor scams” outnumber any other types of scams reported.

At a recent media briefing by Ethnic Media Services, the FTC’s associate director for the Division of Consumer Response and Operations, Monica Vaca, spoke about what the report illuminates regarding scams and communities of color.

“(This) report is new, but the work is not new,” Vaca said. “What this is is an update on the FTC’s work in the last five years, to address disparities and other issues affecting communities of color.”

Fundamentally, the FTC is a law enforcement organization and we sue people, companies that engage in deceptive, unfair practices. — Monica Vaca, FTC

Vaca said the report encompasses data from law enforcement effort by the FTC and the research FTC has done on the the scams reported by customers themselves. The FTC has said consumer reports are essential to its enforcement work and to the research and analysis operations that strengthen that work.

“Fundamentally, the FTC is a law enforcement organization and we sue people, companies that engage in deceptive, unfair practices,” Vaca said.

Vaca also highlighted three cases of fraud and scam that have disproportionately impacted communities of color.

One of these cases is interesting in the way the FTC went up against a company not often associated with scams in the public view: Amazon.

Vaca said people from communities of color are over-represented in the gig economy and that gig workers do have protections leading the FTC to sue companies that fail to deliver what they promise.

In its advertising material, Amazon’s delivery service Flex says its drivers could make up to $18 to $25 and hour, plus 100 percent of customer tips. But according to the FTC’s investigations, during a two and half year period, these tips did not make it to the drivers.

“Customers thought they were tipping their drivers, not Amazon, but the drivers were left shortchanged,” Vaca said. “Instead of getting their full change, the FTC charges that Amazon used those tips to supplement the base pay.”

The FTC also says that despite receiving hundred of complaints from drivers about their pay decrease, Amazon continued to divert driver’s tips, until the FTC notified the company that it was being investigated.