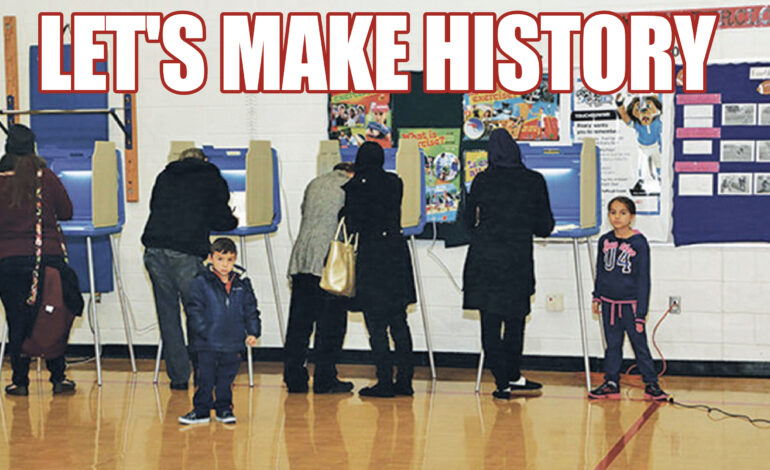 Elections are always important. That is why, in every election since its inception, The Arab American News has encouraged the Arab American community to be involved in the decision-making process and to show up to vote and run for public offices. This local election is no different in terms of importance, but it is also unique in the number of Arab American candidates running for various public offices in several cities in Metro Detroit.

One of this newspaper’s main objectives is to encourage qualified Arab Americans to be involved in public life and seek elective or appointed office. This year, it is refreshing to see so many qualified Arab American men and women seeking public office, especially in Dearborn, Dearborn Heights and Hamtramck.

These candidates hail from more than one national origin, including several Yemeni American candidates in Dearborn as well as Lebanese and Iraqis. It is important to see more involvement from the growing and diverse Arab American community in Southeast Michigan. Having more candidates run from various ethnicities and nationalities in Dearborn, Dearborn Heights and Hamtramck gives their residents more choices to have diverse local governing bodies, which can only improve local governments.

This year is also special as it may usher in the first elected Arab American mayors in Dearborn, Dearborn Heights and Hamtramck.

The Arab American News is endorsing Abdullah Hammoud for Dearborn mayor not only because of his ethnicity, but first and foremost for his readiness to serve all of Dearborn residents with a comprehensive plan from day one in office. For many years we believed that the Arab American community has many talented people who are ready, willing and able to serve with excellence.

Dearborn Heights’ election is also historical as Mayor Bill Bazzi, who was appointed to serve the remainder of the late mayor’s term, is running to retain his seat. If he succeeds, he will be the first elected Arab American mayor of that city.

Although these are local elections, they are in fact as important — if not more so — than national and state elections. The choices we make at the local level directly affect several aspects of our daily lives. This is especially true when it comes to City Council and Charter Commission elections. For the first time in many years, Dearborn will have at least three new members of the Council.

Newly elected members of the Charter Commission will play an important role in bringing Dearborn and its Charter into the 21st century, so voters in Dearborn have to choose wisely there as well. Dearborn residents have been recently suffering from repeated costly floods, decaying infrastructure, mediocre city services and high taxes. This is the time to act, instead of just protesting. The Arab American News encourages everyone to turn out and select qualified candidates if they want to see a change.