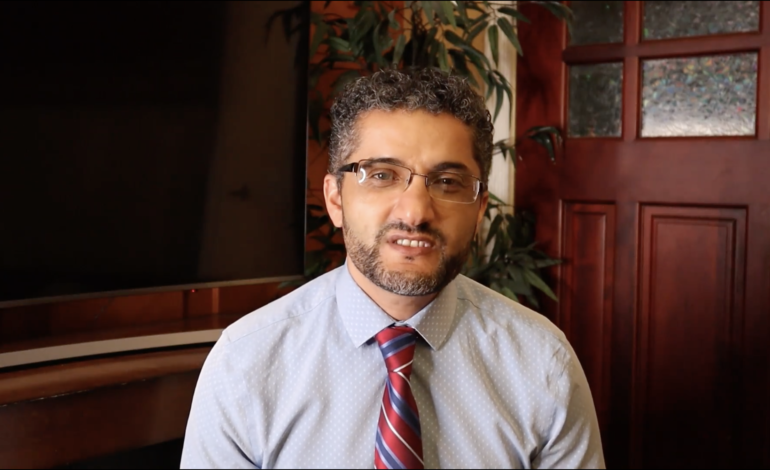 HAMTRAMCK — Amer Ghalib celebrated a decisive victory against a long-time incumbent mayor on Tuesday, in an election that marks the changing of political tides in the city’s history.

“Our victory is a testament to the American dream — that an immigrant like myself, who came here working a factory job at age 17, now has the honor and opportunity to serve the community that raised him, as its next mayor,” said Ghalib in release on Wednesday. “I am deeply grateful to the 3,232 voters who put their faith in our campaign. I look forward to representing all Hamtramck residents, regardless of whether or not they voted for me. Now is the time for us to come together and solve Hamtramck’s pressing issues. I would like to extend my sincere thanks to Mayor Majewski for a spirited and rigorous campaign — I look forward to meeting with her in the coming months to seek out advice and guidance.” Our victory is a testament to the American dream — that an immigrant like myself, who came here working a factory job at age 17, now has the honor and opportunity to serve the community that raised him, as its next mayor. — Hamtramck Mayor-elect Amer Ghalib

Hamtramck faces real economic challenges, with a history of budget shortfalls and emergency management, a pressing obligation to make good police and fire pensions, update its ailing water system, flood mitigation and more. After voters repeatedly and overwhelmingly rejected a tax increase on properties to pay for that retirement pension bill, the city is now looking at a potential tax lien placed by a judge on residents if it doesn’t come up with a sustained funding solution. So far the city has relied on the sale of city-owned lots to make good on the payments.

But city has also been through intense ideological debates over the issues of marijuana dispensaries and, more recently, the flying of a gay pride flag at City Hall, both of which were opposed by Muslim Council members to reflect the will of a large swath of their constituents.

Those issues had come up repeatedly during mayoral debates and public Facebook discussions about the November election. Many White residents presume Ghalib’s victory will usher in the will of conservative Muslim voices in the city, but Ghalib himself has made clear he is not out to divide the community or take strong positions on those types of issues. To be sure, Hamtramck is not the only community in Michigan where voters have rejected marijuana businesses.

This promise to work across lines can be a real factor in the “weak” role of mayor in Hamtramck, a city where much of the day-to-day operations are undertaken by the city manager. But the mayor does vote on ordinances along with the Council — as Majewski did in 2019 against a first reading to “opt-out” of allowing marijuana dispensaries — and can break a tie on deadlocked votes.

At a debate hosted by OZ Media, when pressed on how he would vote on controversial topics by Majewski, Ghalib had said he would not simply side with one coalition over the other and would work to open lines of communication between Hamtramck’s ethnic and political groups.

And again, during his victory speech on Tuesday, Ghalib said he would do his best to represent all corners of the community, “no matter your faith, your background, who you love or your political views.”

During his campaign, the relatively unknown Ghalib faced accusations of misrepresenting his medical credentials by several White residents of the city. Ghalib has completed medical school, which has led to many of his supporters to refer to him as “doctor”, but he was not placed into residency and has to continue pursuing steps to attain his medical license, something he has been upfront about. He is currently a certified nurse practitioner.

Hamtramck has a little over 13,000 registered voters. Unofficial election results showed that of most of the votes cast, some 3,000 were from absentee voters. Only 1,604 voters came out to the polls. A mostly routine turnout for a municipal-only election.

For City Council, Khalil Refai came in on top with 1,901 votes, followed by Amanda Jaczkowski with 1,860 and Adam Albarmaki with 1,794.

There were two City Charter proposals defining term limits for mayoral and City Council candidates and their residency status, which both passed by wide margins.