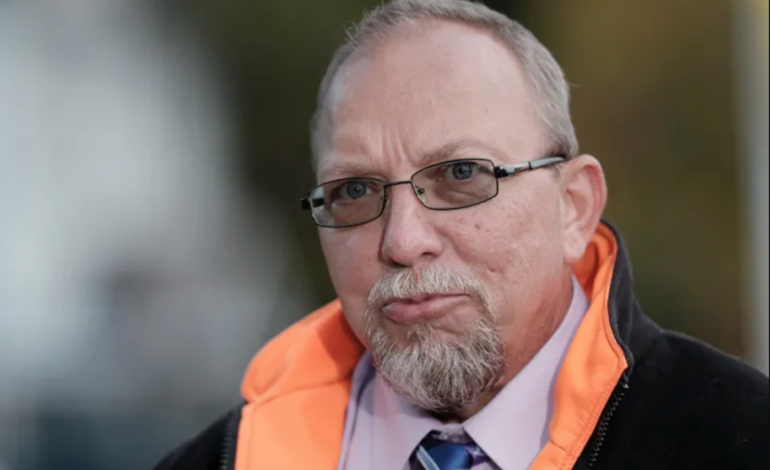 State Sen.-elect Edward Durr met with Muslim community leaders in the state last Wednesday, according to Selaedin Maksut, the executive director of the state’s chapter of the Council on American-Islamic Relations (CAIR-NJ), who told reporters after the meeting that the conversation with Durr “went very well.”
“To be honest, I think it went very well, we got exactly what we came for,” Maksut said. “He committed to renouncing that hate speech and not engaging in it moving forward.”
Maksut was joined by local Muslim leaders when he met with Durr Wednesday evening. They shared stories of how it felt to grow up Muslim in America and how Durr’s words have impacted them, Maksut said.
Maksut said Durr apologized sincerely and committed to standing against Islamophobia and other forms of hate.
Durr ousted New Jersey Senate President Steve Sweeney last week, winning the powerful Democrat’s seat in State Senate District 3. Wednesday’s meeting came as Durr was under fire for old tweets that were uncovered by news outlets nationwide, including one from 2019 in which he referred to the Prophet Muhammad as a “pedophile” and Islam as “a false religion” and “a cult of hate.”
Durr told reporters after Wednesday’s meeting that his discussion with Muslim leaders was “very open” and said he believes progress was made.
“It’s very easy to hate somebody that you don’t know, but if you know them personally, and you talk to them, it’s very hard to hate them, don’t you think?” he said. “As I reiterated to the group inside… I stand against Islamophobia and all forms of hate and I do commit to that. And I look forward to working with the Muslim community.”
Durr also said he was given a copy of the Quran, which he was seen holding when he spoke to reporters Wednesday evening.
Durr, a Republican who has never held elective office, is coming under fire for indicating support for QAnon and expressing Islamophobia in old tweets. A furniture company truck driver, he reportedly spent under $2500 in his campaign to defeat his powerful Democratic rival.
Durr’s Twitter account has since been deleted.