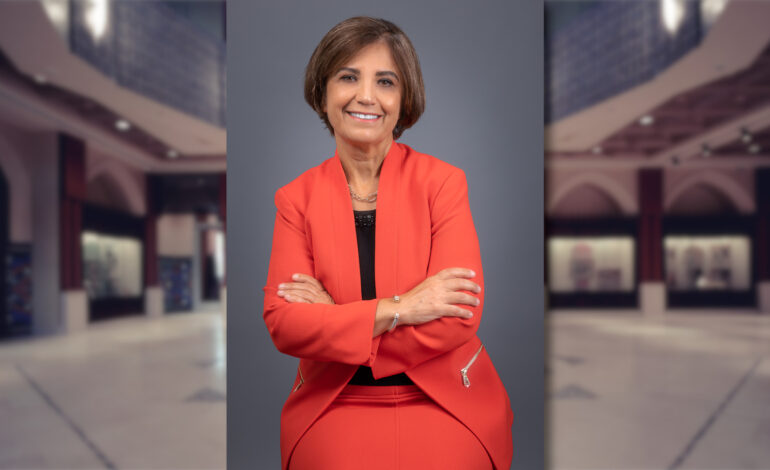 Freij takes over the role after long-time ACCESS CEO Hassan Jaber announced his retirement earlier this year. Jaber was recently honored by the Detroit NAACP with a lifetime achievement award. Jaber was with ACCESS for 40 years and served as president and CEO since 2008. In that time, the organization expanded its services and reach exponentially.

Freij previously served as the organization’s executive director. She joined the organization in 1991 and has played a pivotal role in growing ACCESS from its roots as a neighborhood human services agency to an organization with 500 employees and expanded services.

“I’m excited about what the future holds for ACCESS, especially as we celebrate 50 years of service and community building,” Freij said in a press release. “We take very seriously our responsibility to help grow and sustain an empowered Arab American community. Our goal is to institutionalize a framework for meaningful engagement that will ensure our community is empowered and impactful for generations to come. It is an honor to lead a respected institution like ACCESS and to champion such a worthy effort.”

Freij’s previous roles at ACCESS include chief financial officer and deputy executive director. Her CEO responsibilities include overseeing ACCESS’ $35 million operational budget, which is generated from more than 100 funding sources and fuels three national institutions and more than 120 organization programs — including education and training, youth leadership, family development, health and wellness and immigration and citizenship — that operate from 11 locations throughout Southeast Michigan.

Freij spearheaded the establishment of the Center for Arab American Philanthropy (CAAP), a national institution of ACCESS and the only national Arab American community foundation in the U.S.

In addition to growing ACCESS’ endowment through CAAP, she has raised millions of dollars for various brick and mortar projects, including a Community Health and Research Center, a one-stop workforce development center and the country’s first and only Arab American National Museum (AANM), which is located in Dearborn and opened in 2005.

A national institution of ACCESS, the AANM is the only cultural institution to document, preserve and present the history, culture and contributions of Arab Americans. One of only four Michigan affiliates of the Smithsonian Institution in Washington, D.C., it is accredited by the American Alliance of Museums.

Among its 500 employees, there are more than 25 different languages spoken to aid the 70,000 individuals of diverse populations served by ACCESS annually. Additionally, the organization’s C-Suite team is all female, with Chief Operating Officer Lina Hourani-Harajli and Chief Financial Officer Wisam Qasem Fakhoury.  The senior leadership team is also majority female.

Freij, who was recently recognized as one of Crain’s Detroit Business 2021 “100 Most Influential Women”, currently serves as a member on the Michigan State Board of Ethics and on the Detroit Future City Board.

Her prior board memberships and affiliations include being a community board member of Wayne Health (previously named Wayne State University Physician Group) United Palestinian Appeal; One D Initiative – Champions Council; the Mosaic Youth Theatre; Leadership Detroit Class of XXXV; the University of Michigan-Dearborn’s Citizens Advisory Committee; ACLU-Michigan and the Independent Sector Advisory Group on Nonprofit Effectiveness.

Freij is a graduate of the Hebrew University, with a bachelor’s degree in accounting and economics and is credited as the first Arab/Palestinian woman to earn a CPA license in Israel in 1989, the same year she immigrated to the U.S.