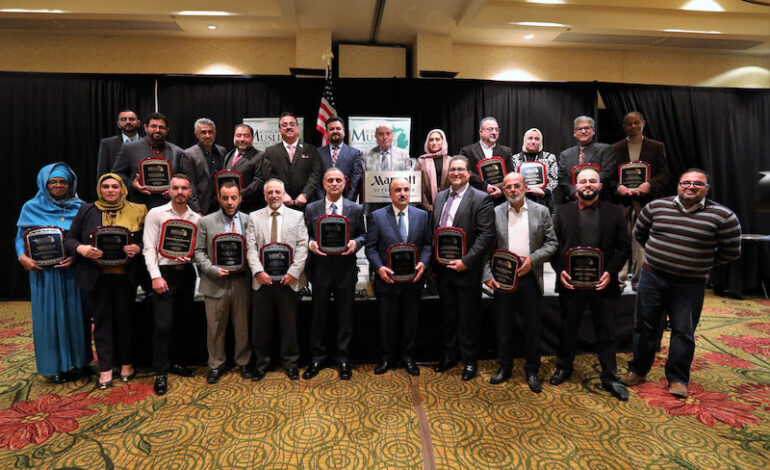 The MMCC has been an instrumental community volunteer and civic service association in Michigan for decades and has encouraged various Michigan Muslim communities to get further involved in community service.

The organization ramped up its practices during the COVID-19 pandemic, conducting some of the first resource drives for health care workers in the Metro Detroit area at the first big wave of the virus in the region in early 2020.

As such, the dinner celebrated the organization’s mission to both unite the broader Muslim community and to bolster an image of Michigan Muslims as active and positive members of the state’s population.

More than 200 community leaders, imams and volunteers gathered together at the MMCC Muslim Leadership Appreciation Dinner. The dinner celebrated the achievements and the unity of the Michigan Muslim community in the last few years. State officials such as State Rep. Abraham Aiyash (D-Detroit) and Michigan Solicitor General Fadwa Hammoud were also in attendance.

The organization said it was proud the event brought together Sunnis, Shi’as and ethnicities from all areas of Michigan.

One of the key highlights from the event was an award ceremony to celebrate key MMCC volunteers during the peak of the COVID-19 pandemic.

To meet the need of people struggling with food security, the MMCC and its volunteers gathered together to feed hundreds of thousands of people. The MMCC’s key volunteers distributed food tirelessly and selflessly every weekend.

The awardees represent the hundreds of volunteers across the state in the MMCC’s COVID-19 relief efforts in the last two years. We felt that there was a lot of negativity in the air and wanted to shine a light on the positive things that comes out of the hard work of our volunteers, especially for the last two years. — Dr. Mahmoud Al-Hadidi, the MMCC

“We felt that there was a lot of negativity in the air and wanted to shine a light on the positive things that comes out of the hard work of our volunteers, especially for the last two years,” Hadidi said. “We appreciate them and the Muslim leadership in the state in general.”

Hadidi said he hopes for more continued cooperation, harmony and better understanding in the community in the years ahead.

“Muslims in Michigan and the United States are united with the objective of achieving a better future for ourselves and our kids and have a good relationship with the country we live in; that is a common objective,” Hadidi said. “Unfortunately, the means to achieve that cooperation is often lacking, leading to slow progress and sometimes competition. We felt that leadership should communicate, corporate and to a minimum degree build on each others success.”