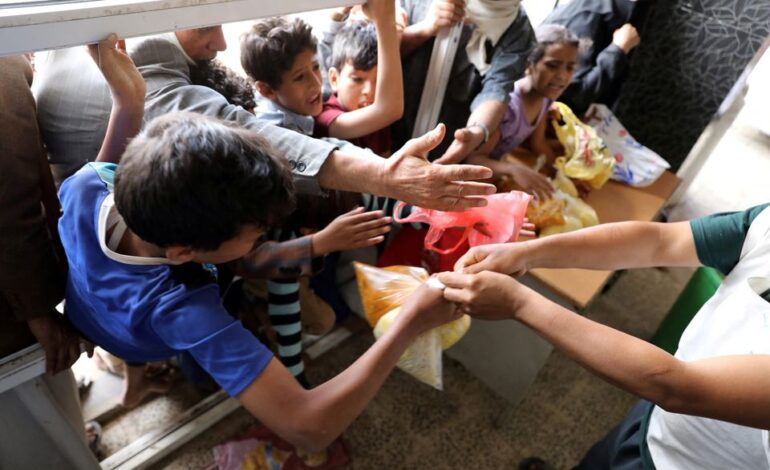 YEMEN — The World Food Program (WFP) said on Wednesday it will reduce food rations for 8 million people in Yemen from January due to a lack of funding from donors, warning the cuts will push more people into starvation.

Families on reduced handouts will receive barely half of the WFP’s daily minimum ration. Other food assistance and child malnutrition program are at risk of further cuts if more funding does not come through, the WFP said in a statement.

U.N. agencies, including the WFP, earlier warned of program cuts, after only $2.68 billion of $3.85 billion requested from donors for this year had been received as of the end of October.

“Every time we reduce the amount of food, we know that more people who are already hungry and food insecure will join the ranks of the millions who are starving. But desperate times call for desperate measures.”

Yemen, divided between the Houthi group in the north and the internationally recognized government in the south, has been plunged into hunger by seven years of war, inflation and impediments to imports.

The war has killed tens of thousands of people, mostly civilians, and left millions on the brink of famine.

The average cost of a minimum food basket this year rose 140 percent in southern Yemen and 38 percent in Houthi areas, the WFP said.

In June the WFP resumed monthly food aid in some Houthi-run parts of Yemen after limiting deliveries to every other month from April 2020 because of donor funding cuts, partly over concerns about obstruction to aid delivery. read more

The World Bank said on Tuesday it had approved $170 million in grants for Yemen for urban infrastructure, climate resilience and rural food insecurity projects.