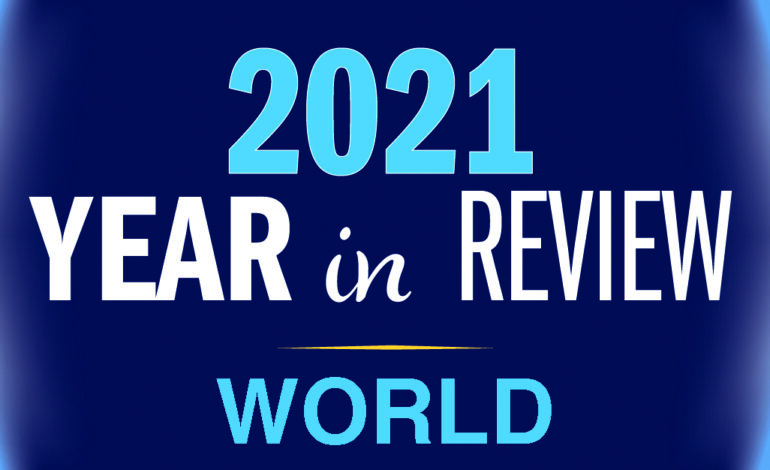 2021 saw continued turmoil in the Middle East, with the U.S. reaping the fruits of long established and disastrous foreign policy escapades. Israel ramped up its ethnic cleansing in Palestine, with the Biden administration continuing to stand by Israel as it conducted blatant humanitarian crimes, despite international condemnation. Lebanese frustrated by economic disparity, power and fuel shortages, and a lack of accountability for the 2020 port explosion, also saw their country come to the brink of sectarian war. The U.S. Yemeni community mourned the death of a young community member tortured and killed while traveling to his home country, in the grips of violent factions and a humanitarian crisis.

The newly elected Biden administration showed a willingness to return to the negotiation table with Iran to once again strike a nuclear accord, which the U.S. pulled out of in 2019 under former President Trump. Biden also rescinded Trump’s restoration of U.N. sanctions. The nuclear negotiations remained in flux throughout the year, with Israel increasingly taking a hostile position towards Iran despite U.S. efforts to return to discussions on the topic.

Jordan’s image as an island of stability in the Middle East was shaken when Prince Hamza, half brother to King Abdullah, was place under house arrest for activities that undermined the king’s long-held power over the country. Hamza had conducted outreach to tribal groups critical of the king, among other moves. Though the two reconciled, Abdullah appeared in headlines later in the year after an investigative report showed he used his vast wealth to buy expensive properties in ritzy neighborhoods across the globe, as his people faced intense economic challenges. An international rights watchdog accused Israel of pursuing policies of apartheid and persecution against Palestinians — and against its own Arab minority — that amount to crimes against humanity. The New York-based Human Rights Watch published a 213-page report, which it said was not aimed at comparing Israel with apartheid-era South Africa, but rather at assessing “whether specific acts and policies” constitute apartheid as defined under international law.

Israel conducts murderous assault on already-besieged Gaza, Netanyahu emboldens the most racist elements in Israeli society as a last attempt to hold on to power

Israel led an almost a month long, all-out murderous assault on the people of Gaza, the open air prison already besieged by a military and economic stranglehold by Israel’s right wing Zionist government. For weeks, the world saw footage of ruthless shelling, dead Palestinian families and the razing of residential neighborhoods of everyday Palestinians, with some weak responses from Hamas that led to comparatively little Israeli casualties.

As a prelude to the bombardment of Gaza, Palestinians were in the midst of fighting failing court battles to hold on to their homes in East Jerusalem neighborhoods illegally earmarked for Israeli settlers. Israeli forces cracked down on protests around those forced removals and invaded the sacred Al-Aqsa mosque during Islam’s holiest months. The events saw widespread international condemnation of Israel’s actions, though the official response by the Biden administration reemphasized Israel’s “right to defend itself,” against Hamas’ weak responses.

2021 saw several major headlines regarding the activities of the Israeli spyware firm NSO Group, which used advanced technology to hack into the phones of journalists, activists and international politicians. The reports led to further investigations that revealed other Israeli firms had conducted similar operations. Major tech companies like Apple and Facebook responded by taking intense, last-minute security measures to protect clients. The Israeli government denied the allegations and said NSO’s software was used as a security tool by governments.

The fallout from an awkwardly planned U.S. military pullout from Afghanistan, “ending” the United States’ longest running disastrous war, came with equally disastrous consequences for the Afghani people. With a quick Taliban takeover of central Afghanistan, and the country’s U.S.-installed government fleeing, Afghans attempted to flee the country, but were met with deadly blasts at airports. The turmoil also created a new Afghan refugee crisis.

The tragic kidnapping, torture and murder in Yemen of Abdulmalek Alsanabani, a Yemeni student who resided in California, sparked outrage and protests in the U.S. and Yemen. Alsanabani was robbed, tortured and murdered at a checkpoint in the Tour Al-Baha district in the northern Lahj province by the Security Belt Forces of the Transitional Council, an armed group backed by the UAE, barely a day after his arrival in the country. The country has been decimated by years of civil war backed by foreign influences from Saudi Arabia, the UAE and Iran, which has left a deep humanitarian crisis.

The economic crisis in Lebanon continued in 2021, with widespread power outages, food and fuel shortages putting intense burdens on everyday Lebanese. The Lebanese government saw changes at the top with the election of Prime Minister Najib Mikati, who attempted to form a united government, but the economic crisis and a stalled investigation over the deadly 2020 port explosion in Beirut added fire to sectarian flames.