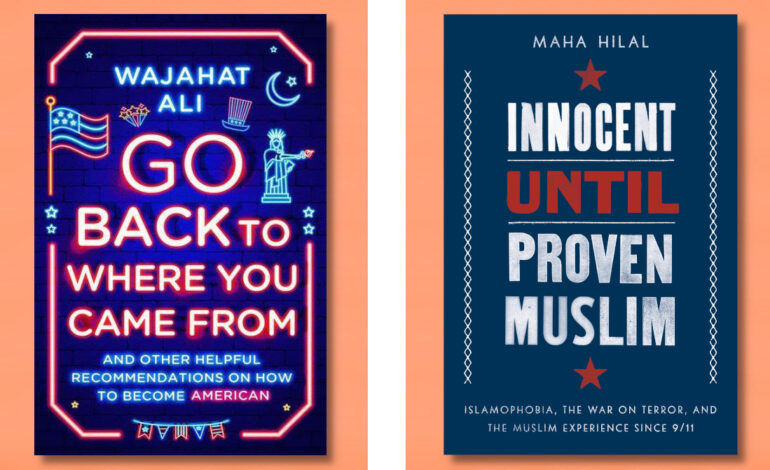 — This article was contributed by Joseph Richard Preville to The Arab American News. It has been edited for style.

Al Qaeda’s terrorist attack on America on September 11, 2001 was horrific, but what came next was far worse. The U.S. responded by unleashing a 20-year campaign of surveillance and harassment against its own Muslim citizens and destructive global wars which cost $8 trillion, killed more than 900,000 people and displaced more than 38 million people (Costs of War (brown.edu)). In the aftermath of 9/11, American Muslims were scapegoated, discriminated against for their faith and treated with mistrust, suspicion and hatred. American media played a cooperative role in the rise of Islamophobia in the U.S. A prime example was Fareed Zacharia’s Newsweek cover story, entitled, “Why They Hate Us: The Roots of Islamic Rage-and What We Can Do About it” (October 15, 2001).

After the 9/11 attack, President George W. Bush counseled Americans not to conflate Islam with terrorism: “All Americans must recognize that the face of terror is not the true face of Islam. Islam is a faith that brings comfort to a billion people around the world. It’s a faith that has made brothers and sisters of every race. It’s a faith based upon love, not hate.” Bush seemed to genuinely support American Muslims, but they suffered disproportionate harm and discrimination by the application and enforcement of the USA PATRIOT ACT (USAPA), which he signed into law on October 26, 2001. The USAPA gave wide and unprecedented powers of mass surveillance of American citizens and collection of data to law enforcement and federal agencies, all in the name of fighting terrorism and national security. It was a miserable era to be a Muslim in America.

Twenty years after 9/11, American Muslims are making their voices heard and speaking truth to power by challenging Islamophobia, discrimination and racism in the U.S. American Muslims have important and vital stories to tell, as these excellent new books demonstrate: Wajahat Ali’s, Go Back to Where You Came From: And Other Helpful Recommendations on How to Become American (W.W. Norton & Company, 2022), and Maha Hilal’s, Innocent Until Proven Muslim: Islamophobia, The War on Terror, and the Muslim Experience Since 9/11 (Broadleaf Books, 2022).

Born in the Bay Area, California in 1980 to Pakistani immigrants, Wajahat Ali is a noted writer, speaker and public intellectual. In his beautiful new memoir, he invites us to ride along on his fascinating memory trip through the personal and professional passages and challenges of his life. Marked as a shy, overweight, left-handed, brown, Muslim kid with a strange first name, Ali nurtured his interior life and talents and sharpened his survival skills. “I learned early on,” he writes, “that I always had to explain, educate and at times defend my very being. I often became the token Pakistani and Muslim friend for many of my peers who had never met someone who fasted during Ramadan and didn’t eat pork.” “Trying To Remember the Color of the Sky on That September Morning” by the artist Spencer Finch on display at the 9/11 Memorial & Museum in New York City. Photo: Vincent Tullo/The New York Times

Twenty years after 9/11, American Muslims are making their voices heard and speaking truth to power by challenging Islamophobia, discrimination and racism in the U.S. American Muslims have important and vital stories to tell.

Ali was in college at the University of California, Berkeley on the tragic day of 9/11. He immediately knew that life as he had known it was changed forever. “Instantly,” he states, “I was transformed into an accidental activist, a global representative of 1.8 billion Muslims worldwide and a walking Wikipedia of 1,400 years of all things Islam.” After 9/11, Ali emerged as a popular and prominent dragon slayer of Islamophobia, racism and discrimination in the U.S. His fine writing in Salon, the Huffington Post, The Guardian, the Daily Beast, the New York Times and many TV appearances earned him a wide and admiring audience. Ali reminds us that “in America, if you aren’t writing your story, your story will always be written for you. If you aren’t telling your story, your story will always be told to you.”

America’s War on Terror after 9/11 rests on a harsh narrative written by the U.S. government. This narrative is vigorously challenged by scholar-activist Maha Hilal in her hard-hitting and searing new book, Innocent Until Proven Muslim: Islamophobia, The War on Terror, and The Muslim Experience Since 9/11.  “The largely singular story,” she writes, “told about the 9/11 attacks and their aftermath, excludes significant mention of Muslims and Muslim Americans — unless it pertains to their criminalization and demonization. Insofar as this is the case, memory is not just about who gets to tell the story, but who gets justice and who doesn’t. An examination of the government’s narrative is also a necessary step in understanding, and therefore challenging, the harmful policies with which it is intertwined and which it serves to justify and reinforce.”

Hilal takes a close look at all the moving parts of the 20-year War on Terror machine: Military, political, law enforcement, courts, FBI, CIA and prisons, including Guantanamo and Abu Ghraib. The War on Terror machine operated like a steamroller with enthusiastic public support and approval, even from prominent Muslims and Muslim organizations.

Hilal gives considerable attention to the damaging effects of the War on Terror on the lives of American Muslims. She interviewed 11 Muslims for their perspectives on the 9/11 era for her book, including Zahra, a Somali Chaplain. In Zahra’s words, the War on Terror is “one of the biggest lies American empire ever told and sold. It declared war on a thing that has no ending, no beginning, no tangible embodiment except in the bodies of Muslims. It was a blank check to destroy the world, to pillage it for the profit and power of American empire.”

America will be reckoning with 9/11 and the War on Terror for a long time to come. We cannot close this dark chapter in American history until we fully account for and repair the domestic and global wreckage it caused, and vow to never let it happen again. Maha Hilal’s excellent book will help light the path for this necessary reckoning.

— Joseph Richard Preville is writer and book critic from Detroit, Michigan. He was a professor and writer in the Greater Middle East (Saudi Arabia, Oman, and Afghanistan) from 2005-2017. His work has appeared in The Christian Science Monitor, Harvard Divinity Bulletin, San Francisco Chronicle, The Jerusalem Post, Saudi Gazette, Muscat Daily, Informed Comment and many other publications.