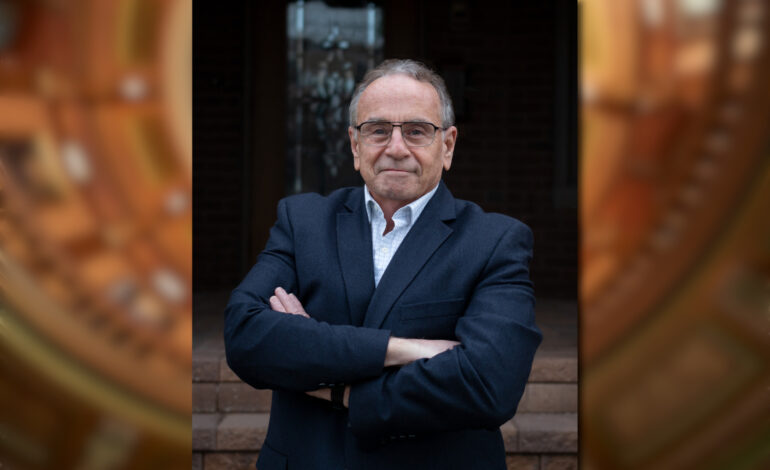 DEARBORN — Three names have emerged as contenders to fill the State House seat vacated by Dearborn Mayor Abdullah Hammoud through the end of the year.

On the Democratic ticket are Alabas Farhat and local attorney Jeffrey Pepper. One Republican, Ginger Shearer, formerly known as Virginia Polk, is also in the race.

Governor Whitmer has called for a special primary election on March 1 and a general election on May 3. The winner will finish out Hammoud’s term. Some residents have already begun receiving absentee ballots for the election.

The area that the 15th House District covers is now slated to fall under entirely new district maps, finalized by the bipartisan Michigan Independent Citizens Redistricting Commission (MICRC) in late December. The Commission finalized maps that were supposed to become law on Dec. 31, but its decisions now face a legal challenge, with more challenges expected in the future.

Pepper sent responses to The Arab American News’ questions about his candidacy via email. Pepper also said that he does not plan to run for the seat in the November election, which will decide a representative for the new district covering Dearborn beginning next year.

How does your professional background or community experience prepare you to hold this important seat?

Primarily because I actually have a professional background and community experience.  I have deep, long roots in this town.  As a lawyer for 45 years I have seen suffering, prejudice and oppression and brought justice to families torn apart by conflict.  As a mediator, I have conducted thousands of conciliation sessions with people whose lives are in turmoil, whose emotions are raw, who are angry and sad and who cannot see a path forward.  I bring them resolution.  I bring them peace.  Settling difficult issues between difficult people is what I do. Every. Single. Day.

Thus, my professional background and long experience has prepared me well for confronting and succeeding in the political culture in Lansing.

My community experience is long and deep. Of particular interest to your readers is my support of Palestine, vocal opposition to IABA efforts to criminalize free speech, fighting back against prejudiced, political fear-mongering in local elections in the mid-80s, outspoken repudiation and activism against Muslim bans.  I’m talking decades of support for the Arab American Community.

I am a husband, a father and grandfather.  Our five kids attended and our kid’s kids attend Dearborn Public Schools, as did I.  I am a business owner, an employer, a job creator, a property owner and a taxpayer.  I had water in my basement.  I have been a member of two dozen or so civic and professional organizations, always working for the betterment of our city.

Life is a succession of lessons which must be lived to be understood.  I have lived a long, active and involved life.  I am not done yet.  I bring energy, optimism and skill to this challenge and I will make you proud.

Are there issues beyond infrastructure needs that residents should be aware of and fall under the purview of a state legislator?

Indeed there are, when one considers the vast realm of public policy. So, for the eight-month term this election is about and understanding I will participate in the minority caucus as a Democrat, let me highlight some of my priorities.

1) Preservation of  the democratic process. As they are across the U.S., Republicans here are attempting to hijack democracy and sabotage the electoral process to insure minority control. Give me a megaphone on this. The threat is a clear and present danger and these efforts must be defeated.

2) Roll back the Snyder “pension tax.” Republicans blew up the budget deficit by a billion or so back in 2011 with a package of tax breaks for corporations and pressed a revenue-raising crown of thorns on the brows of senior citizens by taxing their pensions and retirement savings. Really? Reduce corporate taxes and stick it to our most fiscally vulnerable population? I don’t get how that happened in the first place, let alone that it still stands. I want to mix it up on this.

3) Climate change. Okay, let’s understand this is the biggest challenge we confront and it requires bold action. Generally, I am not in favor of state policy encouraging fossil fuel exploration and I am generally in favor of renewable energy mandates. This transition is not easy, nor are the answers as simple as my construct might suggest. I believe that commitment to renewable energy is a moral and environmental necessity. There’s a lot to this discussion, but let’s just say the moment must be seized, now. 4) Gun safety. It is beyond insane that the pandemic of gun violence goes unchecked, one mass shooting after another.

All of that said, the name of the office — state representative — suggests its purpose: To represent others. So, while I have set forth some of my personal priorities — which I suspect are in line with Democrats generally — my real priority is identifying what the people in my district want me to do for them and set about the business of doing it. This isn’t my personal seat for an airing of my grievances. Yesterday, for example, I learned from a group of citizens who live in 48126 that continuing auto insurance reform is a high priority for them because rates in that zip code remain absurdly high. Okay, I’ll see what I can find out and what I can do. That will be my job. It is what constituent service is about. Multitasking is clearly a demand of the office.

Obviously, infrastructure. Twenty thousand of the 35,000 homes in Dearborn suffered some kind of flooding this past summer, many catastrophically. That obviously needs to be addressed.  So, too, does the condition of our roads and our parks, including Camp Dearborn. Our schools and the College have needs. Right now, it’s lights out for Dearborn in the State House because the seat is empty. There’s nobody home. This is at a time when there is an unprecedented amount of federal and state money up for grabs:  $5.8 billion in surplus state funds and $15 billion in still unspent federal stimulus funds.

We need to be aggressive in getting our piece of that pie. My focus during the rest of this year’s term will be entirely on Dearborn’s infrastructure needs, without  compromise.  This is our last shot for at least a decade that Dearborn has a state representative that advocates only for Dearborn. Starting next year, our three state representatives will by necessity have divided loyalties as they will represent not only Dearborn but other cities as well.  So, for this term, it’s all about this town.  My community. Where I live. Where my grandmother lived.  Where my parents lived and are buried.  Where my children live.  Where my grandchildren live.  Where my business lives. And, most importantly, where all the voters who will participate in this election live.