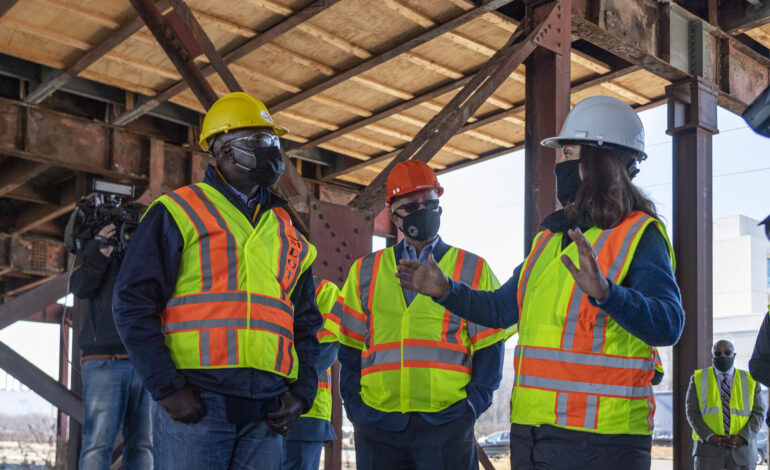 Governor Whitmer boasted strong economic numbers for the state, now in a steady swing upward and recovering from the COVID-9 crisis.

Economic numbers show that Michigan has added jobs for nine straight months and has a low unemployment rate of 4.9 percent, with the third-fastest decrease of any state. The unemployment rate for December 2021 was revised down as well, to 5.1 percent from 5.6 percent.

The state experienced its best economic recovery in history over the last two years, the administration says. Michigan is number one nationwide based on equally-weighted measures of employment, personal income, home prices and stock market performance of publicly-traded companies.

The state is also in the midst of a manufacturing boom, having added 20,000 auto jobs and counting since Whitmer took office and many other high-skill, in-demand jobs in field ranging from semiconductor chips to software to agriculture.

Michigan is a standout for investors, with bonds returning better rates than ever, and the state went from a projected $3 billion deficit at the beginning of the pandemic to a $7 billion surplus today, the administration said in a press release.

Whitmer has proposed tripling the Michigan Earned Income Tax Credit, which would deliver a combined $3,000 tax refund in the pockets of 730,000 working families.

Whitmer has also spoken about an effort to lower costs of prescription medicines. Attorney General Dana Nessel is part of an investigation into one of the three largest drug companies that manufactures nearly all the insulin in the U.S. Nessel is seeking to use the Michigan Consumer Protection Act to investigate the role drug companies play in raising prices.

Whitmer also spoke this week of a bipartisan legislation that led to GM’s announcement of a $7 billion investment in Michigan to build electric vehicles and batteries. It also set up a fund for small business relief, building on work the state has done since March 2020 to set up 23 economic relief programs and deliver more than $240 million to small businesses in all 83 counties.

Michigan has invested nearly $4.75 billion to repair, replace or rehabilitate more than 13,000 lane miles of roads and more than 900 bridges. Whitmer has allocated $3.5 billion to fix roads with the right mix and materials to improve their conditions over time.

“Together, we have taken bold steps to invest in small businesses and empower Michigan to compete for big manufacturing projects,” Whitmer said. “We landed a $7 billion investment from GM — the biggest in their history — creating thousands of good-paying jobs, cut personal property taxes for small business owners and set up a fund for small business relief. We will keep our foot on the gas and stay focused on growing our economy, creating good-paying jobs and lowering costs for families.”