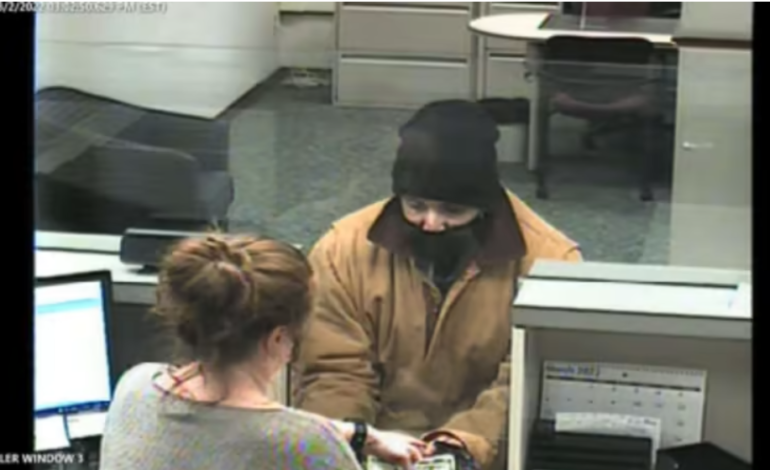 DEARBORN — A suspect in the robbery of Dearborn Federal Savings Bank was identified by Dearborn police and caught hiding in a porta-potty.

On March 2, the suspect walked up to the window at Dearborn Federal Savings Bank on Michigan Ave. near Military and gestured to his hip, implying he had a weapon before handing the bank teller a note that said, “Smile. Put all $10-$20-$50-$100 in bag, no dye pack, no GPS, do not hit alarm til I leave or I will kill everyone.”

The teller then placed the money in the bag and the suspect left.

Dearborn police were able to identify the suspect, Charles Woolery, by using nearby surveillance cameras that picked up footage of him running away from the scene. The cameras cough Woolery trying to hide inside a porta-potty. Officers then surrounded the porta-potty and took him into custody.

Officers located the bag of cash with $1,690 inside of it on the floor of the porta-potty and Woolery is now facing bank robbery charges.

Information regarding his trial dates have not yet been announced.