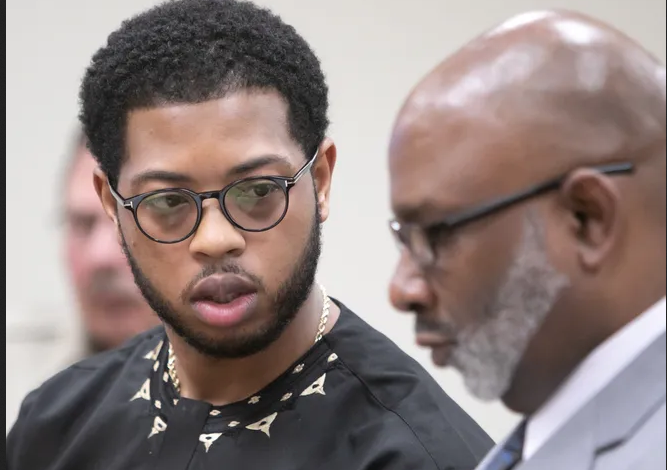 HOWELL — On Thursday, A judge sentenced State Rep. Jewell Jones (D-Inkster) to two years’ probation for an April drunk driving incident that led to a physical altercation with police on I-96 in Livingston County.

Livingston County Circuit Judge Michael Hatty credited on the sentence the 61 days Jones served last fall as well as 100 hours of community service. The sentence came after a prosecutor lobbied for more jail time for Jones.

The Detroit News reported Hatty as saying the plea agreement, “gets us to justice”, holds Jones accountable and allows the 26-year-old to grow up and move past the incident.

“I don’t think any more jail is necessary,” Hatty said.

A Black Michigan State Police trooper who tussled with Jones had requested to the court that he serve more jail time for the incident. Jones said that hurt his heart a bit, “to have another brother want to see me behind bars.”

Livingston County Assistant Prosecutor Christina Richards, in asking for more jail time, pointed out Jones’ three bond violations, as well as his sneaking of a handcuff key into jail and his repeated tardiness to court hearings.

She also said Jones had written “joke” apology letters to the troopers he wrestled with and cited his unrepentant social media posts.

Last month, Jones pleaded guilty to four misdemeanors and two felony charges. The convictions include two felony counts of resisting and obstructing, operating while intoxicated, possession of a firearm while under the influence of alcohol, reckless driving and escape from lawful custody for last April’s incident.

The incident last April occurred when Jones had driven his vehicle into a ditch on I-96 in Livingston County and had a blood alcohol content of 0.17 percent, more than twice the legal limit of 0.08 percent.

Following his arrest in April, Jones was in court in June, July and the beginning of September for violating his bond because his alcohol tether, which he had to pay for, at one point had been shut off due to nonpayment and had read alcohol content when Jones was not supposed to be consuming alcohol.

On Sept. 14, Jones was charged with two felonies after prosecutors alleged that he brought a handcuff key into the Livingston County jail following his hearing for his third bond violation.

On Thursday, Richards said that unless Jones has a significant revelation, she does not believe he will be successful in completing his probation.